You are here: Home / Business / Attorneys push back on tort changes (AUDIO) 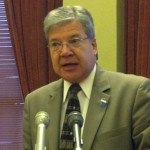 Lawyers and advocacy groups are pushing back on some legislation being proposed as part of a special session on jobs, claiming the bills have more to do with weakening Wisconsin’s tort laws than they do with creating jobs. One bill (SB 13) to be included in the special session would provide legal immunity for drug makers and medical device manufacturers whose products receive approval from the Federal Food and Drug Administration. “I have never seen such pure unadulterated nonsense and rhetoric, to call this a job bill,” said Nino Amato, executive director of the Coalition of Wisconsin Aging Groups. “It’s not a job bill, and it’s an anti-consumer bill.” Amato said Wisconsin residents who become ill or die from such products would have no legal recourse if the bill were to become law.

Ed Vopal with the Wisconsin Association for Justice said there will still be costs, when people become ill or die from such products. “This legislation puts the costs directly on Wisconsin citizens, rather than on the people who manufactured an unsafe drug or an unsafe medical device,” Vopal said. “It does not create one safe job.” Vopal and Amato spoke at a Capitol press conference this week.

But the bill’s author, Republican state Senator Rich Zipperer, said the prospect of lawsuits act as a deterrent to pharmaceutical companies developing new products. “Look at the drugs and the devices that are never approved or never researched or never brought through the process, because of the costs of lawsuits, and because of the costs in these cases” he said. “These are potentially live saving drugs that may never see the market.”

As for jobs creation, Zipperer said he’s already been contacted by Abbott Labs, concerning the possibility of moving jobs from Illinois to Wisconsin. “They tell me this makes Wisconsin more attractive to the investment that’s needed to bring the jobs here.” Zipperer said the FDA needs to be reformed in order to ensure consumer safety. At their press conference, opponents of the measure displayed an array of prescription containers representing drugs which received FDA approval but were later withdrawn from the market because of health concerns. 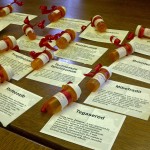 Consumer attorneys say another one of the proposed bills (SB 12) will limit the options of low-income people seeking damages in court. The bill would limit attorney’s fees to three times the amount of compensatory damages awarded in such cases. “That’s insane for my type of practice,” said Jeff Archibald, a Madison attorney who takes such cases on a pro-bono basis. Archibald said his typical case is for a $200 claim “How many attorneys in this state . . . do you know who will take a case  where they’re going to be limited to $600 in attorney’s fees?”

“As an attorney myself, I’m a bit shocked to hear other attorneys saying “we’re only going to take the case if there’s a giant payday at the end,'” said Zipperer. “Most attorneys that I know would gladly assist an individual with a valid claim.”

David Dudley, another Madison-based consumer lawyer, said the bill would have a tremendous impact on tenants attempting to get their security deposits returned. He cited the case of a Rock County woman he represented for an $800 claim against her former landlord. The judge in that case eventually awarded over $30,000 in attorney’s fees. “The reason the judge awarded those fees is because he realized those fees were necessary in order to bring this action, and the person never would have obtained that security deposit without an attorney standing up to this bully out-of-state landlord,” said Dudley.

“In these cases were clients and individual consumers have valid claims, those claims will get brought” countered Zipperer. “There will be an incentive on both sides, because both sides will have to pay attorneys, to settle out of court earlier, instead of racking up the high costs.”

A third bill (SB 14) being criticized would lower the interest rate that could be collected on judgments for people who successfully sue for injuries. That rate currently at 12 percent, would be capped at 1 percent plus the prime rate. “We find this to be absolutely shameful,” said Brian Rothgery with Citizen Action of Wisconsin. “All this would do is allow is allow corporations who have already been ordered to pay damages to a consumer to engage in stall tactics or other shenanigans to avoid paying what they already owe someone.”

The special session on jobs creation, called by Governor Scott Walker, is set to run concurrently with the legislature’s next regular floor session which begins next Tuesday and runs through November 3rd.