You are here: Home / News / Ed Thompson dies of cancer 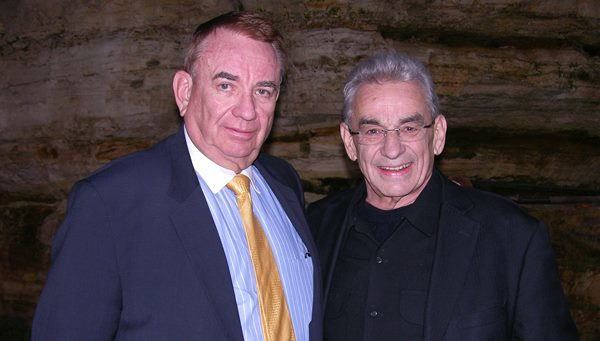 The former mayor of Tomah and gubernatorial candidate for the Libertarian Party in 2002 is dead at the age of 66. The younger brother of former Governor and U.S. Health Secretary Tommy Thompson announced September of 2010 while campaigning as a Republican for 31st district state senate seat that he had been diagnosed with stage four pancreatic cancer.

In a statement Ed’s brother and U.S. Senate candidate said in part, “I loved Ed and I will miss him. The past months have been both extremely difficult and special to me in terms of the time and moments we spent together.

“Quick to laugh and joke, Ed had an infectious candor and spirit. His life was defined by an intense affection for his friends, neighbors and those who may have fallen on hard times. Ed ran for public office because he believed government had forgotten about working people and in many ways he was right.”

Ed was born on Christmas Day, 1944 in Elroy, Wisconsin.

A post on Governor Thompson’s facebook page says “Ed Thompson passed into eternal peace this morning at 1:23. Ed was surrounded by love this past week and through the night with all of his children, his brothers, and sister at his side in his own home. He was a fighter, bravely struggling with the diagnosis of inoperable pancreatic cancer more than a year ago.”

In June of this year a YouTube video shows the younger Thompson speaking candidly about his prognosis.

Ed had requested that instead of flowers, anybody wishing to memorialize him could do so by making a contribution to the Community Thanksgiving Dinner he founded. Donations may be sent in care of the Tee Pee Supper Club, 812 Superior Avenue, Tomah, WI 54660.