You are here: Home / News / Feds press for primary change 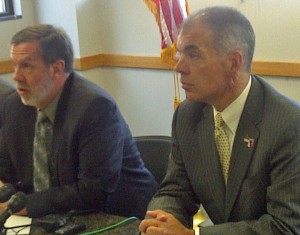 There’s pressure from D.C., for Wisconsin to move the date of its fall primary. “It isn’t possible to have a primary on the second Tuesday in September and comply with the MOVE Act,” said Paddy McGuire, an official with the Federal Voting Assistance Program. “Our message is, the primary needs to move earlier, and this needs to get done as quickly as possible.

The MOVE Act — the Military and Overseas Voter Empowerment Act — mandates that overseas ballots be mailed 45 days prior to an election. Wisconsin’s September primary needs to move to the second Tuesday in August to make that work. Kevin Kennedy with the Government Accountability Board said that means lawmakers need to act now. “The message from our standpoint is, get it done in this session. Get it done before the end of the month.”

The state Senate has already passed the bill moving the primary, but the Assembly has yet to act. Kennedy said they just want to make sure lawmakers understand the need to act.