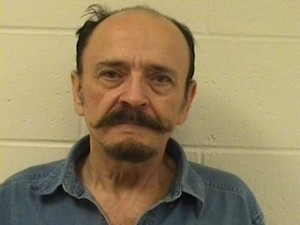 A sleeping drunk has been busted for his 11th OWI. Police near Wausau found 64-year-old Wallace Bowers of Green Bay sleeping in his van in the parking lot of an area bar. He failed field sobriety tests and a preliminary breath test showed he had a blood alcohol level of point-one-five.

Bowers told police he had been drinking in Wausau then drove to the bar to meet a friend. He later told police it was too bad that he pulled over and did what he thought was the right thing by not driving, adding that he would have been better off if he would have just crashed on the highway on the way home. Bond is set at $25,000 cash. A preliminary hearing has been scheduled for October 12th.