You are here: Home / Packers / Nelson signs extension with Packers

The Green Bay Packers have reportedly locked up another potential free 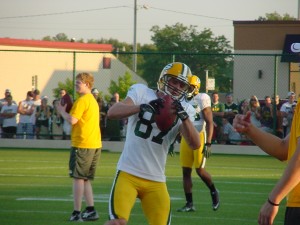 Nelson was in the final year of his initial 4-year contract and would have been eligible for unrestricted free agency after this season.

Nelson is the second player to sign an extension, following guard Josh Sitton, who signed a five-year, $33.75 million deal before the start of the season.

The Packers still have two other top players that will be free agents at the end of the season, center Scott Wells and tight end Jermichael Finley.