You are here: Home / Legislature / Democrats unveil the “The Child Victims Act” 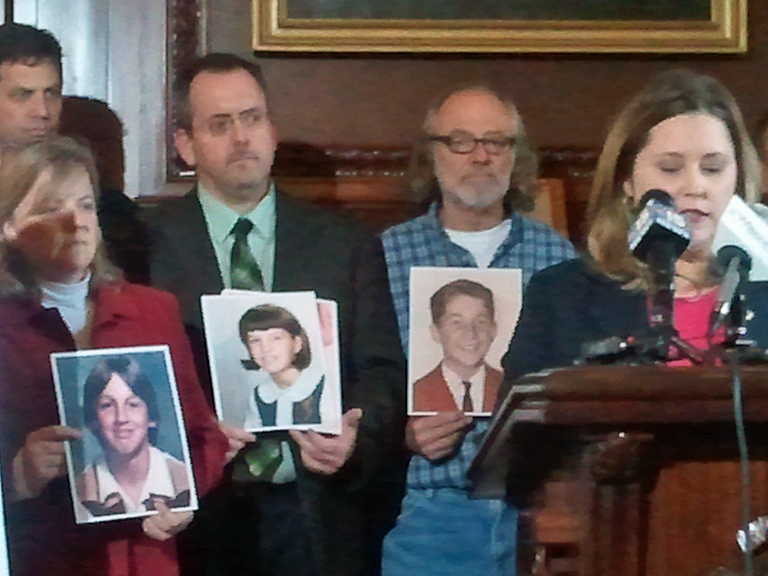 The proposal aims to end Wisconsin’s statute of limitations on civil lawsuits in sex abuse cases involving kids. Peter Isely of the Survivors Network of those Abused by Priests (SNAP) says victims simply want their day in court, and to stop repeat assaults. “That’s all it does; it allows victims to file. That’s it. It doesn’t mean you’ve won the case; it just means you can file and get into court. That’s all these victims are asking for.”

Currently, sexually abused children must file suit before they turn 35. Bill cosponsor Senator Julie Lassa (D-Stevens Point) says the age limit is arbitrary, and victims don’t have the courage to challenge their attackers in court until decades later. She says 93 percent of children know their abuser. “Most sexually abused children are molested by family members or authority figures and the pressure is incredibly strong for them not to disrupt their own home, their school or their church. Young victims are often threatened by their adult attacker not to reveal what is happening to them. The shame and the confusion that children feel is frequently enough to keep them silent.”

Lassa, who has introduced similar bills twice before, says the measure would help prevent serial child abuse such as what happened at Penn State. She says there is no statute of limitations on the pain and suffering child molesters cause victims.

The Catholic Church was against the measure. Cosponsor Representative Sandy Pasch (D-Whitefish Bay) insists they are not specifically going after the Church.

The legislation is being announced as Penn State comes to Wisconsin this weekend. Lassa is hopeful the publicity of that game, along with media attention on the scandal will bring awareness to her proposal. She hopes to formally introduce her legislation in the coming weeks.