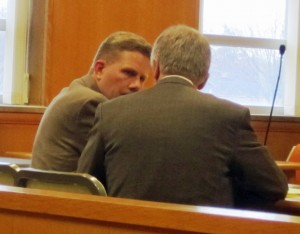 A former Marshfield Clinic doctor goes to prison for molesting his patients. Wood County Judge Greg Potter sentenced Kevin Lang on Monday to five years in prison. Lang said he regrets what he did – putting his genitals in the hands of some female patients as they woke up from sedation and forcing one woman to touch herself inappropriately. He’s given up his medical license in Wisconsin and won’t be allowed to have unsupervised contact with patients. Lang will also have to register as a sex offender for life. Wood County Judge Potter said Lang has taken steps that he feels do not justify the 25 years in prison that prosecutors had asked for.