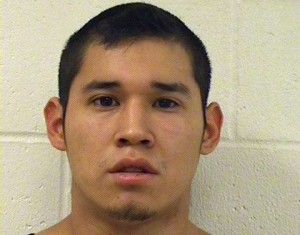 A woman died in a car fire near Wausau early Sunday, and the Marathon County sheriff’s department has arrested a 23-year-old man for causing his girlfriend’s death. Brian Matt of Wausau is being held on a charge of homicide by intoxicated use of a motor vehicle but sheriff’s Captain Diane Lotter wouldn’t immediately say how the charge fits the crime. “We’ll connect those dots for you in the future,” Lotter told WSAU. “We’re doing a timeline at this point, that basically outlines the activities of both the suspect and the driver and the passenger for several hours prior to the incident.”

Police found the victim in the car at an intersection just outside the city of Wausau. The fire appears to have started in the engine compartment. The woman’s name has not been released. Autopsy results are pending.