You are here: Home / Sports / Selig will ride out a hero 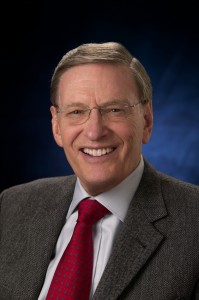 the 2012 season.  The man who decided to end the 2002 Major League All-Star game at Miller Park in a tie (7-7), has received some raw treatment during his leadership.

But while the NBA is in the middle of a lockout and the NFL skipped an entire off-season in a labor dispute, Selig has baseball running like a well oiled machine.

The current collective bargaining agreement was scheduled to expire in December.  With little fanfare, Selig, the owners and players kept their negotiations out of the headlines, reaching a new 5-year deal that extends through 2016.  It means baseball, when the new 5-year deal is complete, will have had labor peace for 21 years.

While the NFL can’t seem to get its HGH plan off the ground, Major League Baseball will now become the first of the major pro sports to introduce blood testing for Human Growth Hormone, starting in the spring.  A first failed test will result in a 50-game suspension.

The new deal will also take a tougher stand on tobacco use among its players.

Each league will also add 1 more wildcard team to the mix, as early as the 2012 season.  In effect, the two wild-card teams will have a one-game playoff to advance to the division series.

Nobody’s perfect and Commissioner Selig may have missed on an idea or two along the way.  But in my opinion, Selig wasn’t given a chance by too many people.  If you sit down and take a good look at the game since Bud took over, you’d have to be in denial to not realize that the commissioner will leave the game in much better shape then when he came in.