You are here: Home / News / 2011 in review: historic protests in Capitol 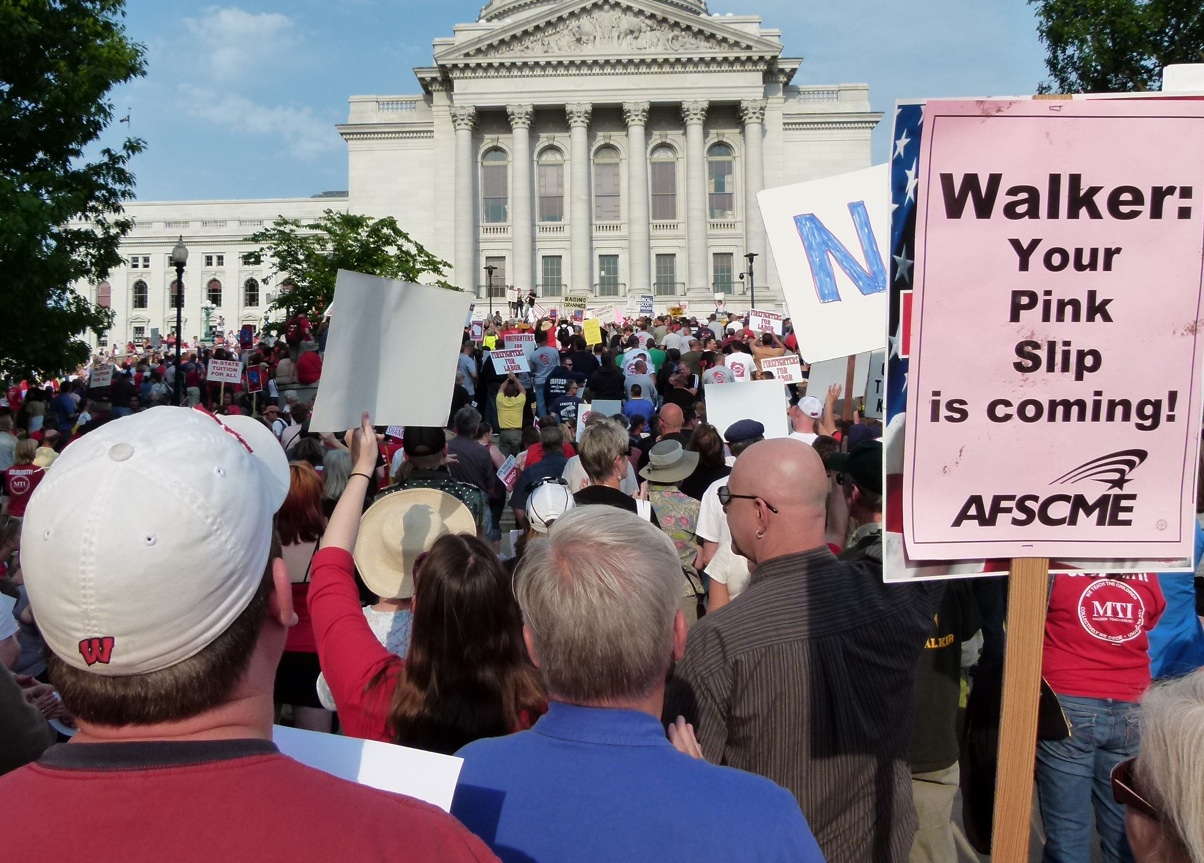 It all started when Governor Scott Walker unveiled his budget repair bill in mid-February. Walker said he’d fix the $137 million budget hole by radically reducing public employees’ ability to collectively bargain. “If we don’t do it — the legislature does not do this either through the budget repair or through the budget bill — I think it needs to be very realistic about what the alternatives are. You’re talking about massive layoffs at both the state and local level.”

Upon introducing the bill, Walker said the measure would have support in the Legislature, and he thought public workers would understand why the repair bill was needed. “I have every confidence that the professionals who showed up yesterday and today will continue to show up because they understand that the choices we’re making are to offset choices that I think are less positive being made in other states.”

The first sign of the protests came on February 14th, when University of Wisconsin students delivered Valentine’s to the governor’s office asking him to reconsider. Protesters gathered during a hearing of the Joint Finance Committee that continued through the night. Growing crowds, armed with sleeping bags and mobile phones, occupied the state Capitol around the clock showing their opposition to the bill while disrupting the daily operations of state government, chanting “kill the bill,” “the people united will never be defeated,” and “when I say Walker you say stupid.”

In the coming weeks, a peak of 100,000 demonstrators brandished signs and marched around the Capitol Square, drawing national attention and big names to the state. At one point, the Walker Administration put the Capitol on lockdown citing security concerns, causing even more tension. Demonstrators shouted, among other things, “let us in … let us in.”

A Dane County judge ordered the state Capitol building fully re-opened to the public in early March. Walker signed the collective bargaining bill into law in mid-March and it officially took effect at the end of June. To this day, protests continue, most regularly are the daily Solidarity Singers.