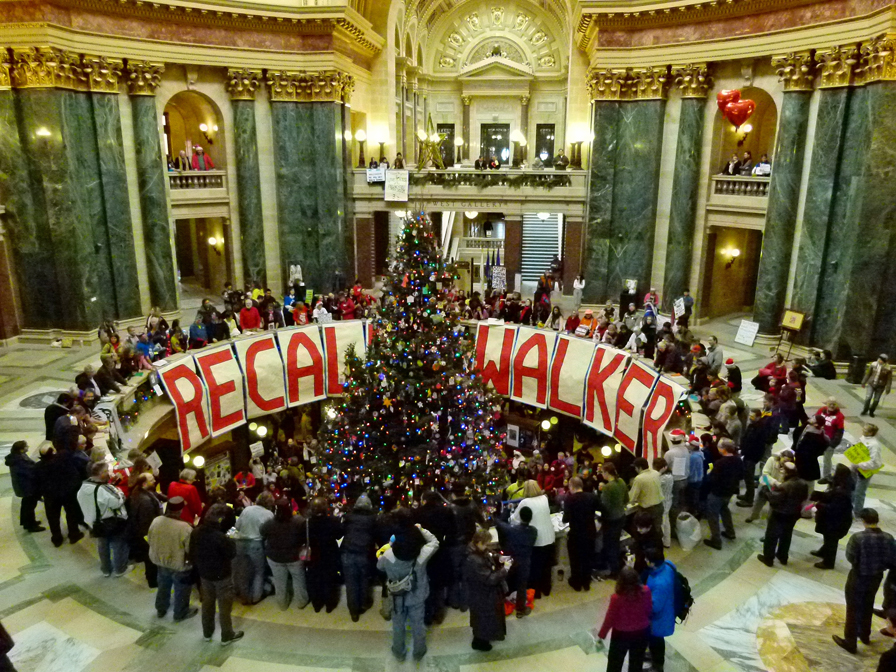 The America Civil Liberties Union ponders a potential lawsuit against the Department of Administration regarding Capitol access. “We really think that the First Amendment rights to organize, to protest, to rally — whether it’s for four people or 400 — that’s something that’s sacred and it should be respected and these rules don’t do that.” ACLU Wisconsin spokeswoman Stacy Harbaugh says there are many factors to consider before going ahead with a lawsuit over the DOA’s permit policy.

Harbaugh says they’d like to work with the Administration to clear up the uncertainty and delay enforcement until the rules are clarified. Madison attorney William Turner flat out calls the new policy “stupid” and “unconstitutional.” Opponents of Walker’s policy say the Constitution is their permit.

DOA clarifies that while four or more people gathering to protest in the Capitol must obtain a permit at least 72 hours in advance, that same number family members or lobbyists would not be required to do so. Jocelyn Webster with DOA says anyone without a permit will be asked to get one, but no arrests are planned for noncompliance.

The so-called Solidarity Singers were singing in the Capitol as usual on Monday. According to their leader Chris Reeder, it was their 240th singalong.