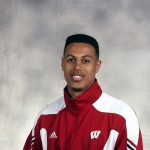 basketball opener on Tuesday night, 64-40 over the Nebraska Cornhuskers in Lincoln.

Ryan Evans scored a career-high 22 points and grabbed six rebounds while Jordan Taylor added 15 points as the Badgers held Nebraska to just 14 second half points in the win.  Evans hit 9 of 11 FG’s, including a pair of three-pointers to double his season total.

Nebraska jumped out to a 10-5 lead in the opening minutes, but Evans, Taylor and Jarred Berggren all knocked down a three in Wisconsin’s 19-2 run to take control.

Wisconsin held the Huskers to 31% from the field and moved their top ranked defense improved its points per game defense to 44.3 ppg.

Bo Ryan didn’t like the way his team started each half, but thought they played well from there.

The Badgers improved to 12-2 and 1-0 in the Big Ten.  Nebraska became the 12th of 14 teams to have their season-low in scoring come against the Badgers.  Nine of 14 opponents have been held to 45 points or less by the Badgers this season.