You are here: Home / Packers / Masthay prepares for the cold (AUDIO) 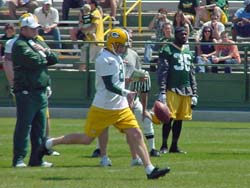 Masthay became the first Green Bay punter to post four punts inside the 20-yard line in consecutive games since the statistic began to be recorded in 1976.