You are here: Home / Packers / Quarless done for the season 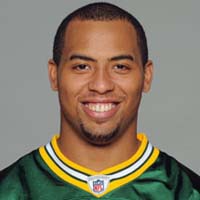 after suffering a knee injury in the 38-35 win over the New York Giants on Sunday.

Quarless has only 3 catches for 36 yards this season, but he has progressed significantly as a blocker and was the primary backup to Jermichael Finley.

Charles Woodson was diagnosed with a concussion, but he could play this Sunday against the Oakland Raiders.

Running back James Starks left Sunday’s game early with a sprained ankle.  Mike McCarthy said it’ll be a challenge for Starks to practice by mid-week.