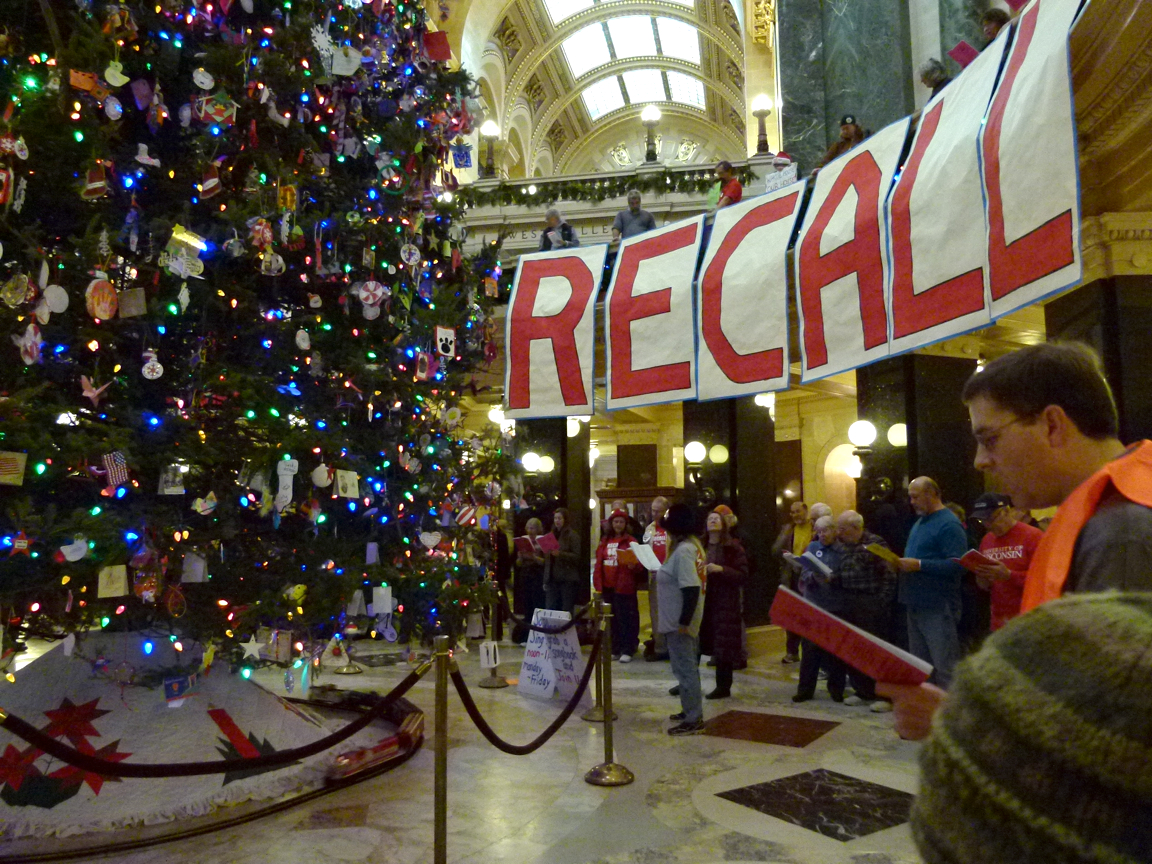 Singers gather around the Christmas tree in the Capitol rotunda in protest of Governor Walker (PHOTO: Jackie Johnson)

Despite new rules, a bigger crowd sings at the Capitol with a more seasonal playlist.

The Department of Administration will soon be enforcing new rules for demonstrating at state facilities, but the so-called Solidarity Singers don’t plan on complying with those new regulations.

The group’s leader Chris Reeder says after 228 noon-time singalongs in the rotunda since mid-March protesting their opposition to Governor Scott Walker, they’re not stopping any time soon. “We’re here to speak out; we’re here to make sure our legislators hear us. We believe that it’s protected by the U.S. Constitution and the Wisconsin Constitution and we’re not gonna stop doing that. We’re certainly not gonna get a permit to exercise our free speech rights.”

The rules, which include tightening permit requirements and holding participants liable for the cost of security and cleanup, were announced last week Thursday. Reeder says his group is peaceful, clean and respectful. So, he says, any cost to the singers is unnecessary and unconstitutional. “I think charging for a protest in any way … you’re saying essentially that people who have money to afford the payment can protest and people who can’t afford it … can’t.”

Among other things, groups of four or more individuals must apply for a permit 72 hours in advance of their activity or display.

Chris Schoenherr, Deputy Secretary of the DOA, says the singing group will need a permit. And, he says, the Administration is willing to work with the singers. Reeder will have legal counsel with him when he meets with the DOA to discuss the rules.

Other groups including the ACLU are looking into legal action against the Walker Administration.