The fans won’t see it in person until the start of baseball season, 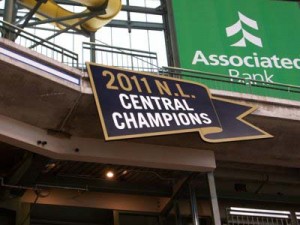 The club invited the media to snap some pictures at Miller Park this morning.

Baseball season isn’t too far away.  Brewer pitchers and catchers report Feb. 19th and hold their first workouts the next day.   Position players report on Feb. 24th and with the first official workout scheduled for the following day.