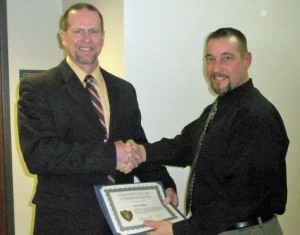 Bonham is the operations manager at the credit union. He used a bystander’s cell phone to call 911 and led police to where Samuelson was hiding along the Wisconsin River.

Bonham says he was only acting on instinct and doesn’t think of himself as a hero. “The instinct was to grab a phone and get ahold of law enforcement so someone could get out there,” he says. Instead, the man who once served in the Marines says the real heroes are the soldiers, police officers and firefighters who put their life on the line every day.