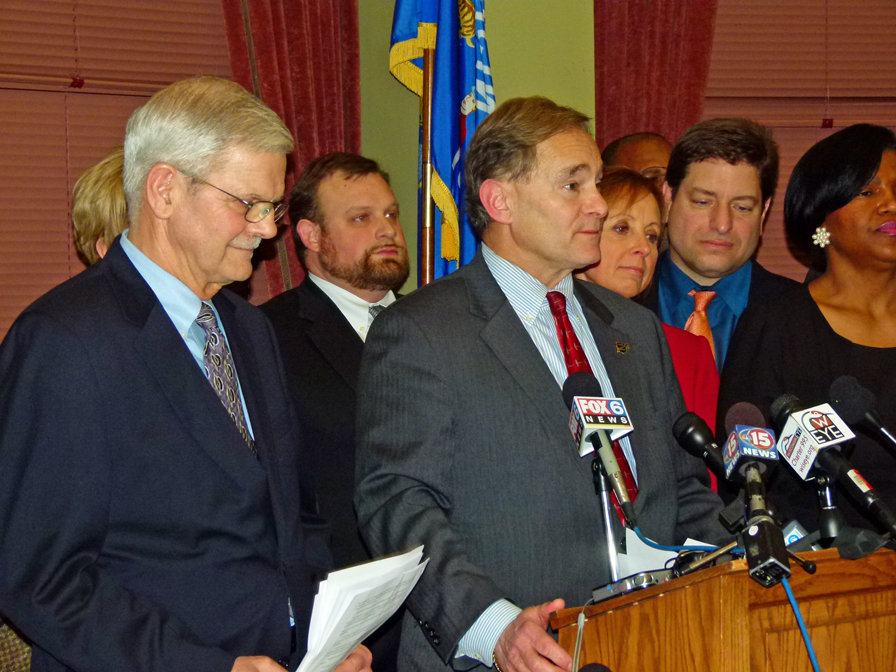 Democrats blame governor for taking Wisconsin in the wrong direction. Assembly Minority Leader Peter Barca (D-Kenosha) says Governor Scott Walker’s plan is not working. “The state of our state is divided and broken.”

Barca cites job losses, education cuts, and attacks on clean and open government. He says Walker is nowhere near creating the 250,000 jobs he promised. “Scott Walker made a promise to the people of Wisconsin when he was a candidate for governor. He said it was so vital he was gonna tattoo it on the foreheads of his cabinet secretaries. I didn’t see that tattoo tonight.”

Madison Representative Mark Pocan responds to the state of the state address, saying it doesn’t matter how many times the governor says he’s creating jobs, it doesn’t make it so. “I think the governor mentioned the word job 32 times in his speech. I just wish he created as many jobs as he actually said the word.”

Stevens Point Senator Julie Lassa agrees. “We are clearly headed in the wrong direction. The quarter of a million unemployed Wisconsin workers in our state are tired of waiting for jobs.”

The governor says his focus is on education and jobs, especially for returning veterans. He also highlights frugality in government, saying it leads to freedom and prosperity for the people.

Senate Minority Leader Mark Miller (D-Monona) says Wisconsin is polarized and broken. Tonight what we heard was not a state of the state address, but a state of delusion address.”

When asked about the disruption in the Assembly gallery during the speech, Miller said it’s “indicative of how severely the governor has divided the state.”