You are here: Home / Packers / Packers are nearly out of the woods with coaching staff 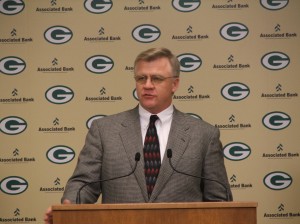