You are here: Home / News / Ready to recall Fitzgerald 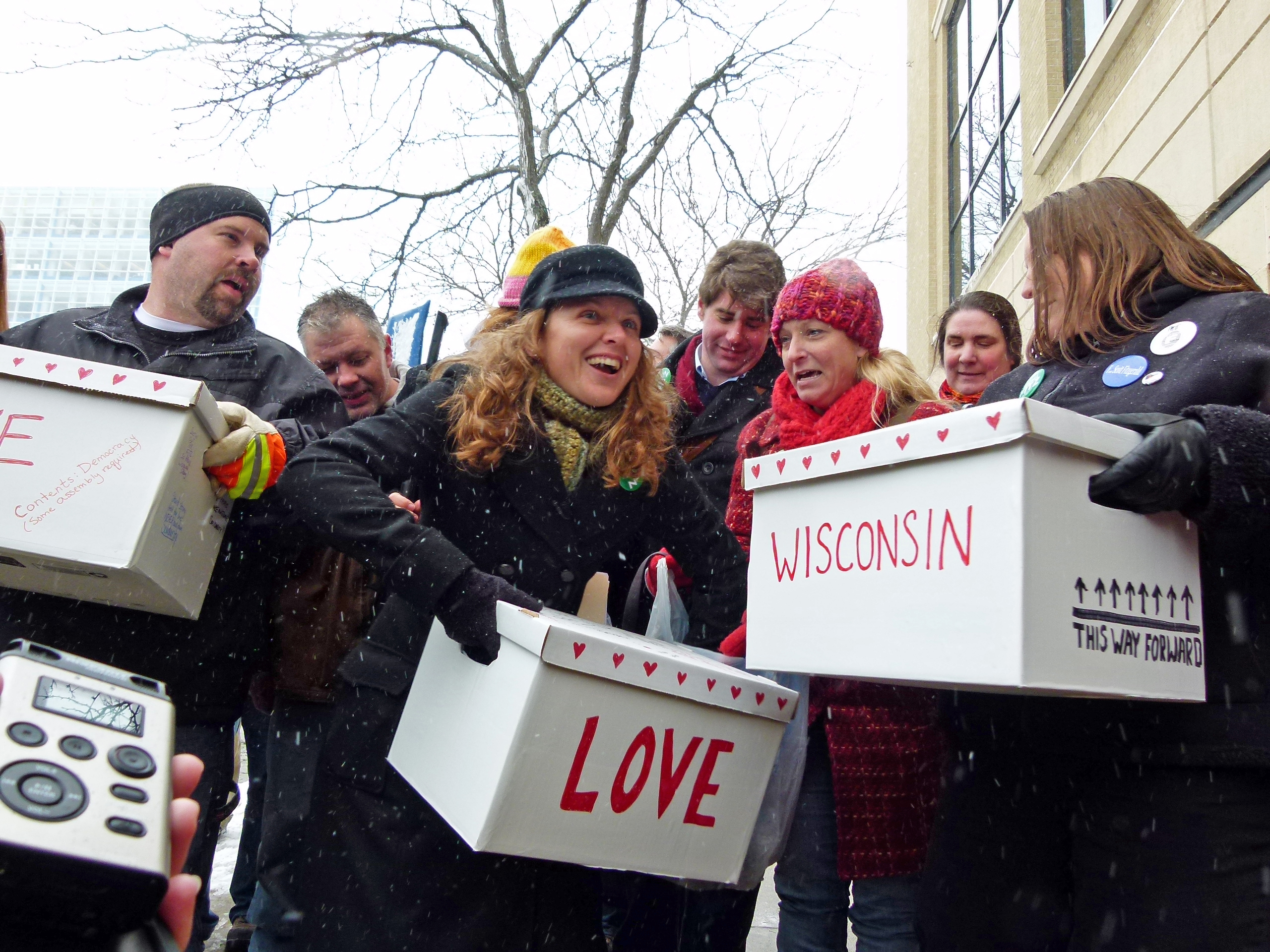 Nearly 21,000 signatures are submitted Tuesday to the Government Accountability Board in the attempt to oust Senator Fitzgerald.

As the petitions are submitted to the GAB, Lori Compas, chairperson of the Committee to Recall Scott Fitzgerald, says they’ve got more than enough signatures needed to trigger a recall election against the Senate Majority Leader. “We needed 16,742; we got 20,600.”

Compas says, in her experience, people from all political affiliations are tired of “knee-jerk reactions” and name-calling and idea-bashing. She says the people she speaks with simply want to have a respectful conversation about the problems that face the state. Compas is happy with the amount of signatures they gathered. “I feel like it’s a really safe number; I feel like we have a nice cushion.”

The recall group collected the required number of signatures by standing on street corners, through the Internet, and door-to-door. Compas is uncertain about a candidate to run against Fitzgerald, but says she’d do it “if no other suitable candidate could be found I guess I’d be open to it.” She says she has no idea right now.

Fitzgerald says he will “embrace” the opportunity to defend his record in a recall election. Fitzgerald is one of four Republican Senators targeted for recall because of their votes last year in favor of Governor Walker’s collective bargaining changes for public employees.

Meanwhile, over 1 million signatures to recall Governor Scott Walker were submitted to the GAB, along with petitions for three other state senators.