Recall organizers have turned in their petitions and now the long process of reviewing those signatures begins.

Shortly after they were dropped off Tuesday with the Government Accountability Board, the petitions were moved to a secure state facility. The agency is not disclosing the location for now, but insists the over 1.9 million signatures are being kept under tight security.

The agency has set up a webcam so members of the public can watch the review process.

GAB executive director Kevin Kennedy says the first step will be to scan the thousands of pages using software recently purchased by the agency. The move is intended to help staff build a database of signatures that can be used to identify duplicate or fictitious names.

The process is expected to take at least a few days, after which scans of the petitions will be given over to the campaigns of those targeted by recalls and posted online for public review. Kennedy could not provide an estimate of when a full searchable database would be publicly available.

Typically, the agency would have 30 days to review the petitions. Kennedy says they will be asking a judge for more time. However, he says they do not know right now just how much extra time will be needed because there are so many variables to consider. Those include possible signature challenges from campaigns and other legal issues that could be raised. 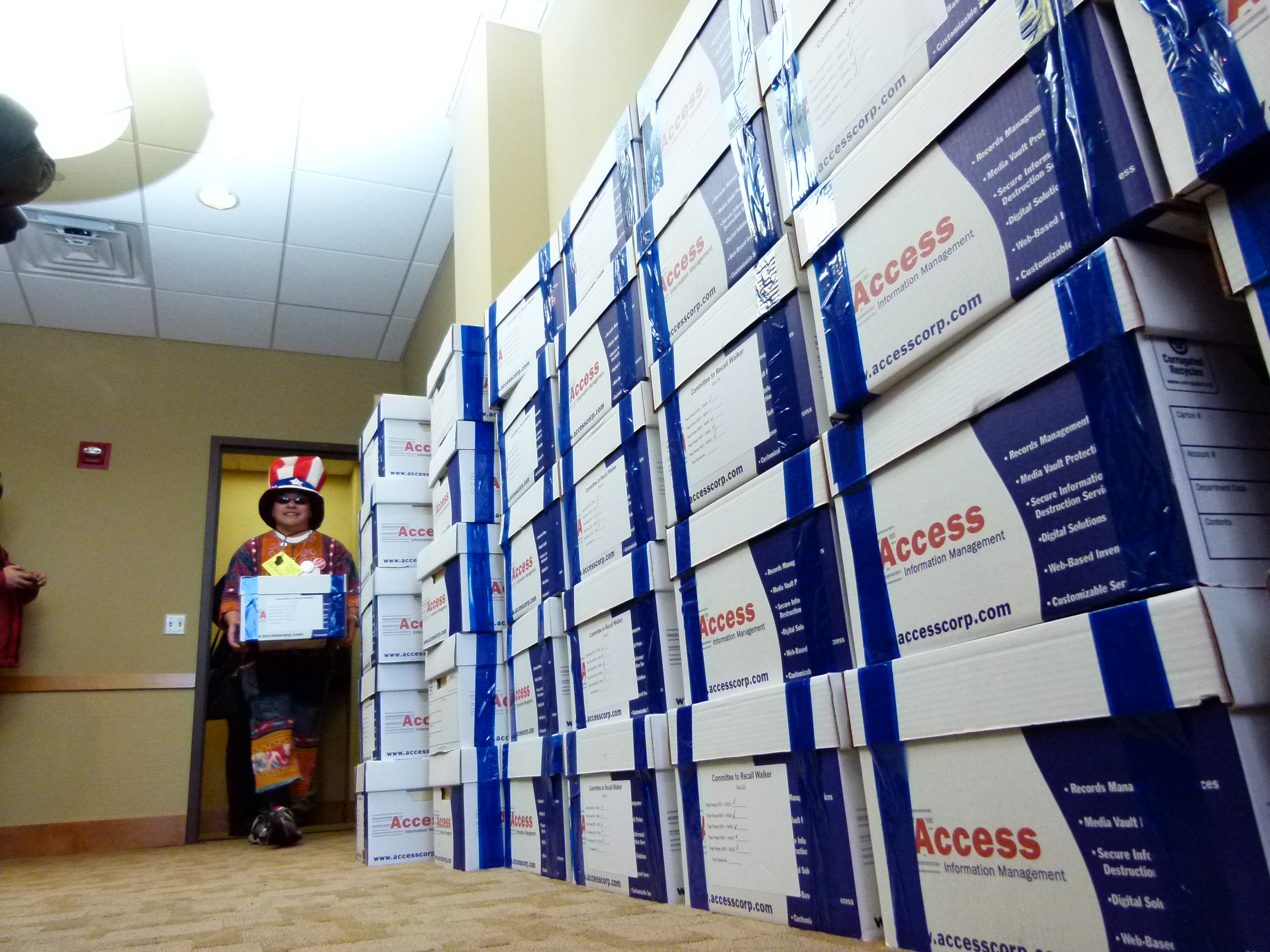 After the review is complete and if the GAB determines enough valid signatures were turned in, then it will call for recall elections. If all petitions are certified, Kennedy says they want to have primary and general elections for the governor, lt. governor, and four Republican state senators all held on the same dates. However, when those elections would take place remains very unclear at this time.