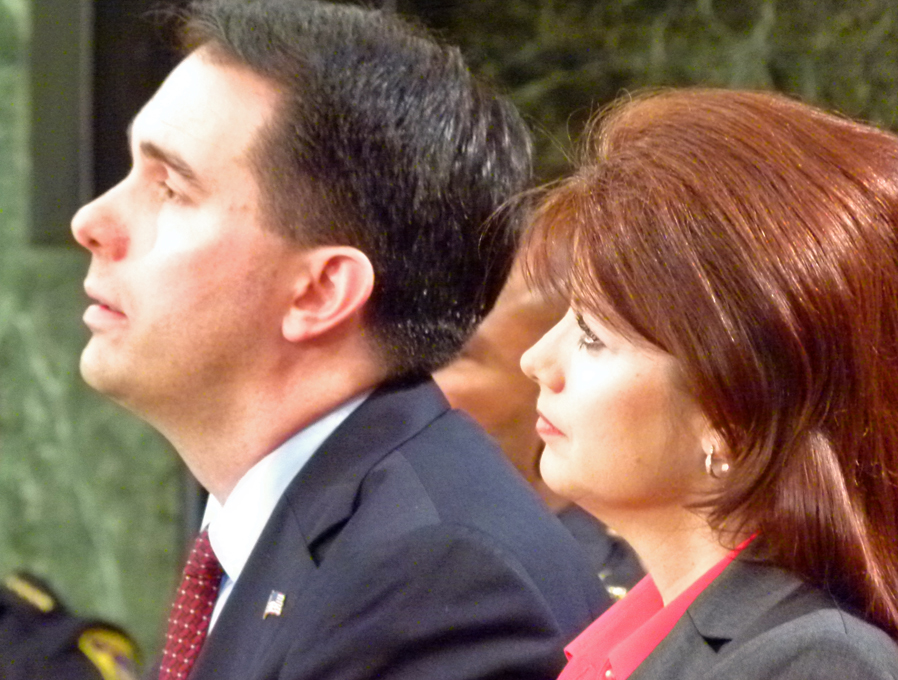 Supporters of Governor Scott Walker in Waukesha County are gearing up for the recall challenge. The county GOP opened an office in Waukesha the Monday after Thanksgiving to support Walker, shortly after Democrats began circulating recall petitions against him. The office has been distributing yard signs, bumper stickers, buttons, and having volunteers (four shifts a day) come in to call voters to ask if they support Walker. If they do, they are reminded to vote in the event there is a recall election.

Keith Best says thousands of people have called, interested in verifying the recall petition signatures, which the office plans to do, as soon as it can get them from the GAB. He says the Walker campaign will have 10 days to review the petitions. Best, spokesman for the Republican Party of Waukesha County, also volunteered to help get Walker elected in 2010. Best calls the recall effort nonsense. “We shouldn’t be working a campaign office until spring for the presidential. I’m angry at the teachers’ unions and the public employees’ unions because I’ve had to work as a volunteer over the Christmas holiday season. That’s not right. I’ve had to work as a volunteer because I’m concerned about what’s happening.”

Cathy Waller, executive director of the Republican Party of Waukesha County, says Walker yard signs are in demand. “We’re going through about 100 signs a day, is what I’m finding out now. So there’s been a lot of energy from the grassroots. They just want to support the governor and they’ve been here to do that by getting signs or bumper stickers for their car. And then from there, we ask them if they want to volunteer, and we get them to help us here with phone banking or possibly this signature verification later.” Waller says she strongly supports Walker. “I think he’s just totally been on top of all the promises that he’s made to us and followed through with them.” Best agrees. “You know, a $3.6 billion deficit has been erased. The budget has been balanced, and the main thing is, I don’t think public employees really understand that the alternative was massive layoffs. So actually, Governor Walker saved their jobs, and they don’t even know it.”