You are here: Home / Fires/Accidents/Disasters / Blizzasterversary 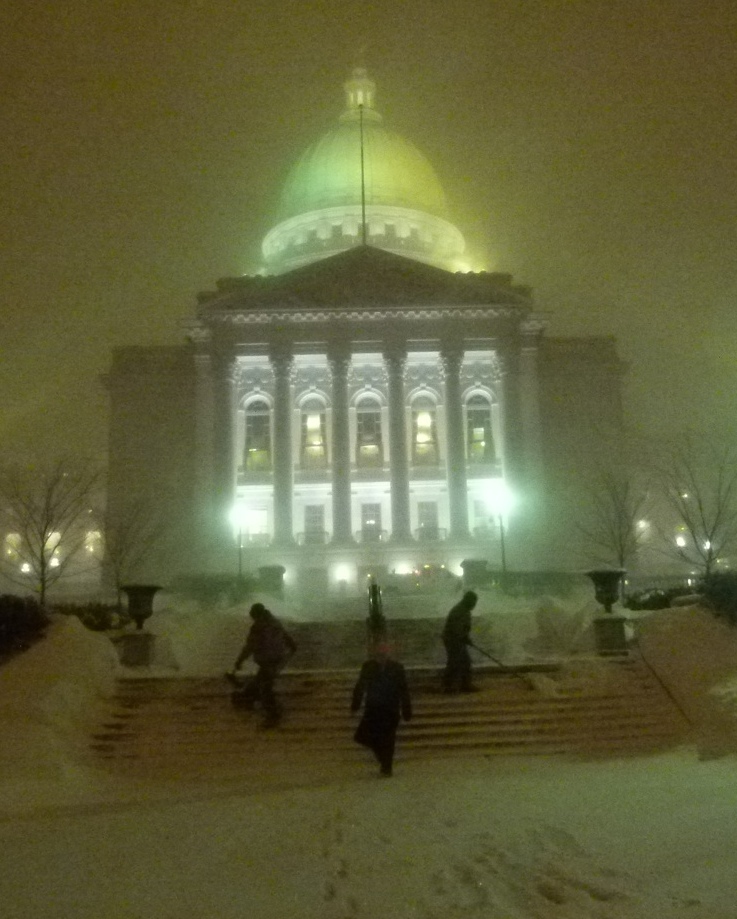 Puddles of melted snow, sunshine, warm temps (depending on location) — it’s a far cry from one year ago in the Badger State. It’s being remembered as one of the biggest snow events in Wisconsin history, wreaking havoc in much of southern Wisconsin.

It was dubbed snowmaggedon, snowpocalypse, and a blizzaster. “Unfortunately we lost four lives in that blizzard.” Tod Pritchard with Wisconsin Emergency Management says it could have been worse, but emergency personnel acted early.

Governor Scott Walker declared a State of Emergency before the storm arrived, allowing the National Guard to get involved. Pritchard recalls cancelled flights, giant snowdrifts, impassable roads, wicked wind, and abandoned vehicles. “I think in Kenosha County alone there were like over 100 abandoned vehicles.”

Residents were strongly urged to stay put; snow plows couldn’t keep up with the piling precipitation, so they were pulled off the roads for a while; the DOT called some roads “totally impassable;” and Pritchard says even the troops in their large Humvees had difficulties reaching stranded motorists. “We were just … we were so fearful for the entire night when the major blizzard was hitting. We were so scared to death that we were not gonna be able to get to all the people that needed help.”

Some Sheriff’s deputies rode “shotgun” with snowplow drivers during the Ground hog Day blizzard, in order to respond to stranded motorists. Pritchard recalls tweeting alerts and posting information on facebook, likewise, his team learned a lot from people on the scene. He says “social media was just on fire” that night. 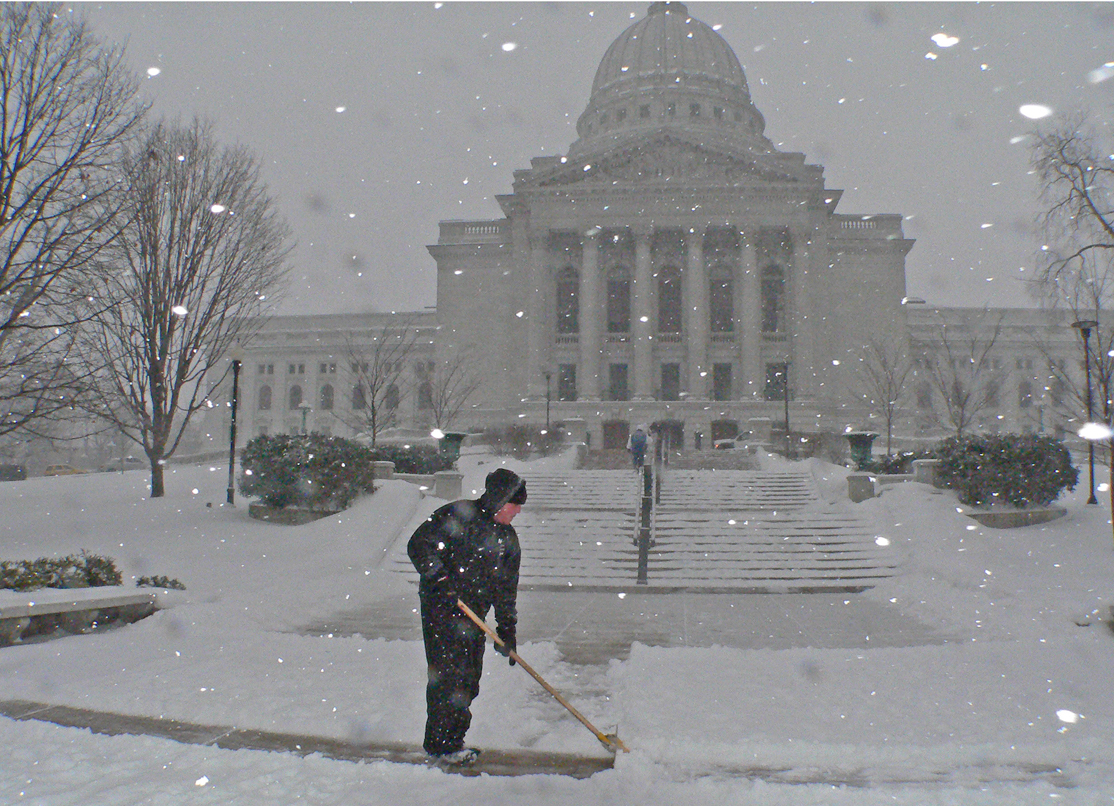 Cleanup on February 2nd after Madison got 18 1/2 inches of snow. (PHOTO: Jackie Johnson)

The storm dumped almost three feet of snow near Milwaukee, 22 inches in Racine, and 18 inches in Madison. Contrast that with unseasonably warm temperatures this week in the state. The National Weather Service says January 2012 will be ranked in the top 20 warmest for both Milwaukee and Madison. Forecasters blame La Nina.

NOTE: The snow event went on for several days. Light snow began on the last day of January. The snow really starting coming down on Wisconsin on the evening of February 1st during Governor Walker’s first State of the State address. The snow fell heavily overnight into February 2nd.