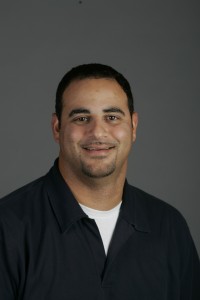 Rattlers.  The Brewers made the announcement on Wednesday.

Chavarria takes over for Chris Hook, who has been moved to Huntsville, the Southern League affiliate of the Milwaukee Brewers.

Chavarria has spent the past 11 seasons in player development in the Texas Rangers organization.

Chavarria began pitching professionally after being signed as a non-drafted free agent by the Rangers in 1991.  He played for seven seasons in the minor leagues.