You are here: Home / News / Chvala weighs in on John Doe probe 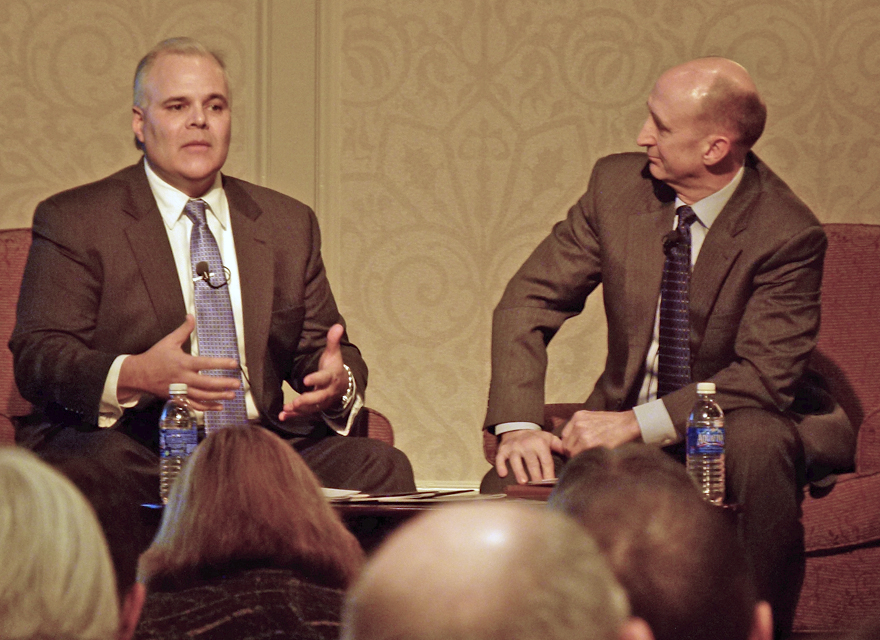 He wouldn’t say much about the ongoing John Doe investigation in Milwaukee County, but former Democratic Senator Chuck Chvala (1985-2005), speaking from experience, says Governor Scott Walker is smart to cooperate. “I think that, you know, those are always difficult things and I think it’s smart for him to go and talk with the prosecutor. That’s the smart thing to do.”

Seven people have been charged in connection with the FBI probe. Chvala says unless Walker is indicted for his actions while he was County Executive, a recall election will be decided on his divisive record. The former Majority Leader predicts Democrats will take the Senate and the governorship, and he stresses it’s not just about collective bargaining. “When there were all the restrictions around the Capitol I was talking to Republican State Senators … they were like deer frozen in the headlights. They did not want to go down this road; they were dragged down this road.”

Chvala says Walker’s downfall will be the result of his unwillingness to compromise with the other side. “Moderation is not a bad thing. By the way, I think if Scott Walker loses this recall, that will be the reason — it’s because there is no balance in what’s going on. We have to have balance. The state swings one way or it swings the other, but there are usually things that keep us centered and right now we are way off to the right and that’s not the place to be.”

Former Republican Senator Ted Kanavas (2001-2011) didn’t want to say much about the John Doe investigation, because “it’s hard to comment on conjecture,” but regarding politics, he says most lawmakers are good people, but not everyone has the “courage of their convictions” to do the right thing. “I would argue the last year and a half people have been highly convicted and have done what they felt was right. They weren’t trying to screw anybody; they were trying to fix a problem that they thought was out of control.”

WRN caught up with the two former lawmakers after an appearance at the Wisconsin Counties Association Legislative Exchange in Madison. In October of 2002, Chvala had faced 20 felony charges involving corruption at the state Capitol, including extortion and misconduct. By December of 2005, he was sentenced to nine months in Dane County Jail and two years of probation. Chvala’s law license was reinstated in September, 2008.