You are here: Home / News / Cullen opts out of governor’s race 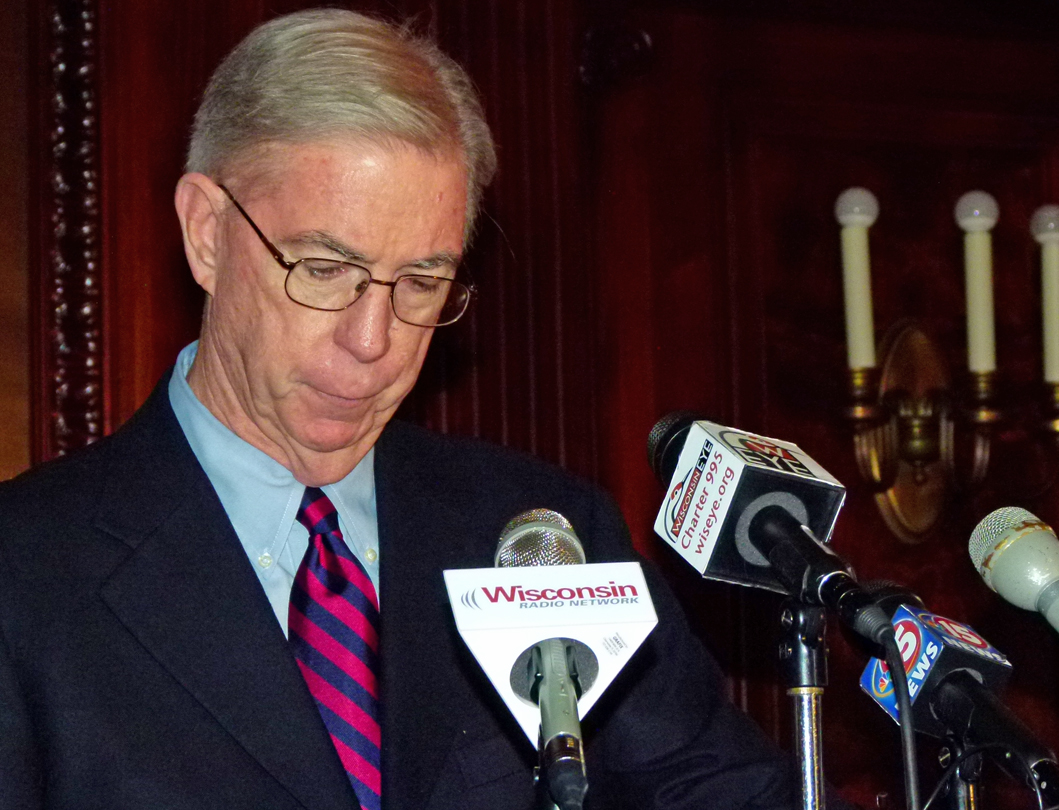 It’s a surprise announcement from State Senator Tim Cullen. “I am announcing today that I am no longer seeking the Democratic nomination for governor in the expected recall election of Governor Walker.”

The Janesville Democrat says he’s been thinking about this for weeks, but he simply doesn’t have enough money to run a campaign for the state’s chief executive. “I was not getting a lot of groups telling me they were going to support me in the primary, and I just don’t have a whole lot of rich friends.”

Cullen has just over $26,000 on hand. Compare that to the $12 million Governor Scott Walker raised over the last year.

Cullen believes he would be a strong candidate in the general election, but raising money and getting better name recognition throughout the state is an uphill battle with relatively little time. “I have concluded that I cannot raise the $1 million to $2 million necessary to deliver my message against at least three possible primary opponents that are far better known than I am, have access to financial resources above what I can raise, and have better statewide name recognition at this time.”

Cullen, a 67-year-old moderate, says he wants to begin the process of reuniting the state, promoting civility and bipartisanship — something he believes he cannot do in what will likely be a heated, angry, bitter and partisan race for the governorship. He says the next governor, whoever it is, will be in a “terrible position” to try to bring the state back together again.