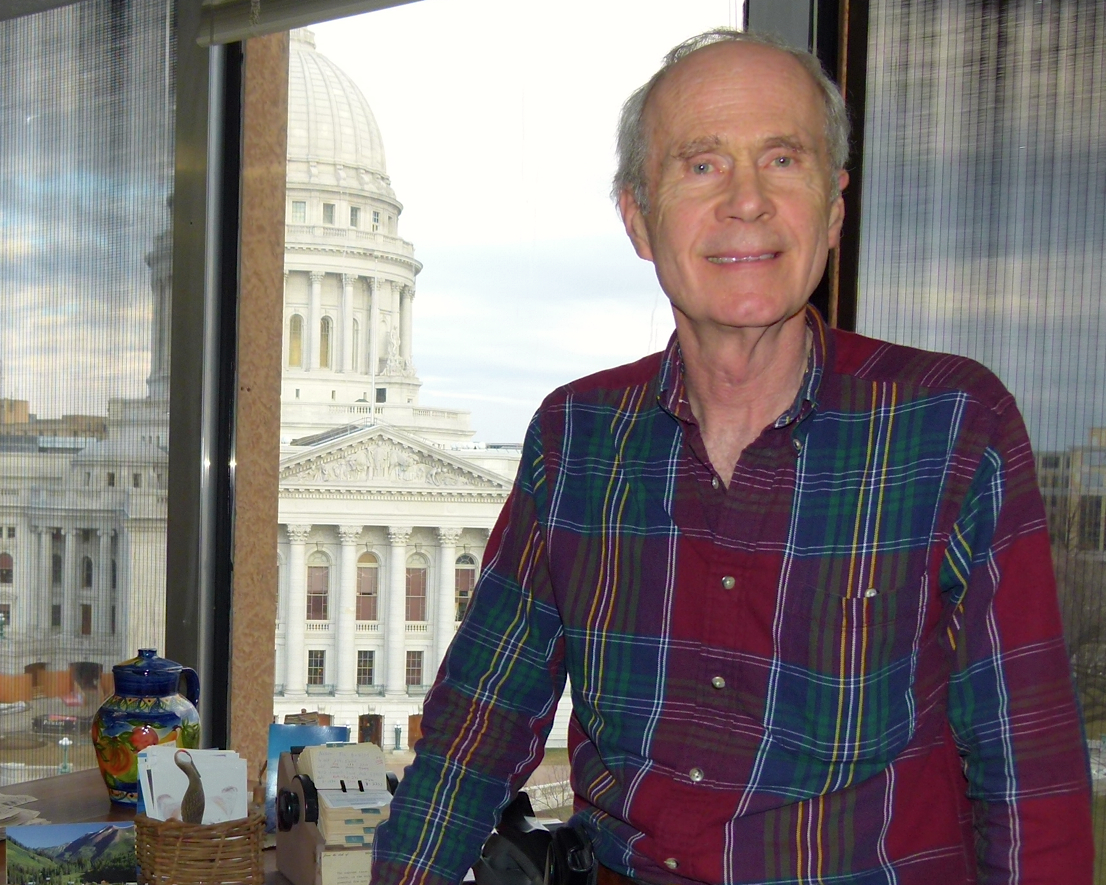 Secretary of State Doug La Follette in his office on the Capitol Square (PHOTO: Jackie Johnson)

Longtime Secretary of State Doug La Follette is filing paperwork with the state’s elections agency. He wants to determine whether there is enough interest for him to campaign as a Democrat against Governor Scott Walker if there’s a recall election. “It’s quite important that we replace the current governor. He’s been very negative for Wisconsin … We need to make a change and if I’m the strongest candidate to do that then I would take it very seriously.”

La Follette says he doesn’t “need to be governor to make (his) life complete;” he’s running for the good of the state.

Falk had indicated she would not sign a budget that didn’t fully restore collective bargaining for public employees. La Follette says candidates should not make campaign promises they can’t keep.

The 71-year-old would like to see some polling that includes his name so he can gauge whether voters perceive him as electable. He’s been elected to statewide office during both Republican and Democratic governorships, which he says is a good indicator.

La Follette, who was first elected to his current office in 1974, is the only Democrat in a statewide office; he says that gives him at least some name recognition. “But I’ve been around a long time,” so he says people could find things to criticize. “I’m sure one of the first things will be how I spell my name,” he laughs, “I’ve got my birth certificate all ready to get out if I have to.”

In addition to Falk, current Senator Kathleen Vinehout (D-Alma) is seeking the Democratic nomination in a possible Democratic Primary Election. Senator Tim Cullen (D-Janesville) opted out of the race before he really got in, due to lack of funds.

The GAB is currently reviewing recall signatures to determine whether enough are valid to force a recall election against the governor.

La Follette said he’s going to stop by the Government Accountability Board (GAB) on his way to work Thursday morning to file the paperwork.