You are here: Home / News / Protestors — one year later 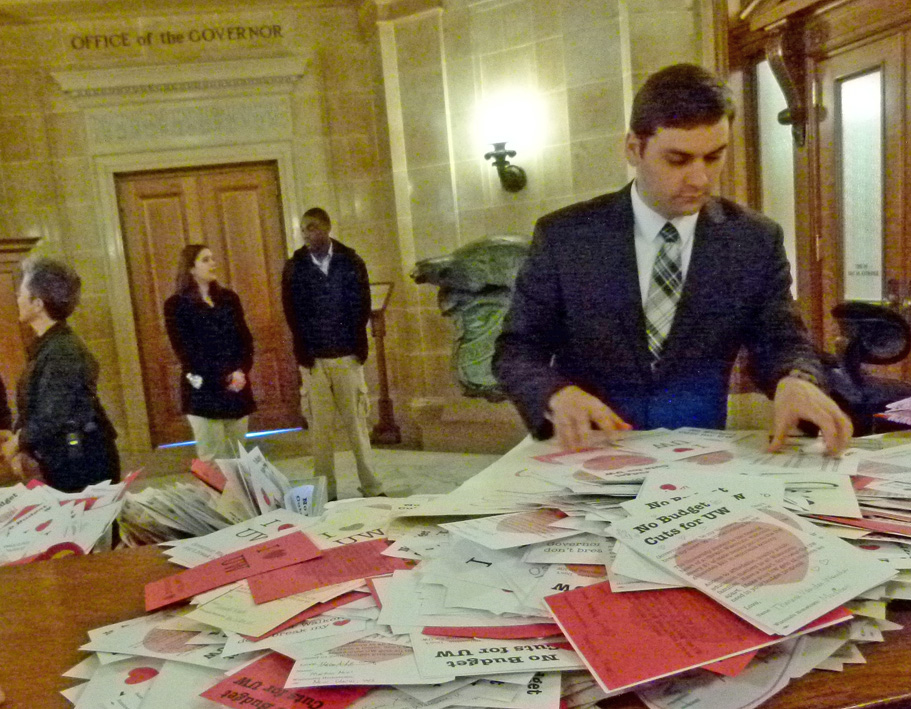 The protests began on February 14th, 2011 with about 1,000 University of Wisconsin students, faculty and staff delivering so-called Valentines to Governor Scott Walker, asking him to reconsider his budget repair bill, which aimed to fix the budget deficit by making changes to public employee collective bargaining.

The Solidarity Singers have become a fixture at the Capitol, the sing leader is Chris Reeder. He says there’s no going back; citizen activism in Wisconsin is forever changed. “The place of labor, the place of unions, the place of education and teachers — those conversations in Wisconsin are forever different.”

Reeder says there’s been a lot of progress made over the past year, including two Republican senators losing to Democrats in their recall elections. A peak of 100,000 demonstrators brandished signs and marched around the Capitol Square, drawing national attention and big names to the state. At one point, the Walker Administration put the Capitol on lockdown citing security concerns.

Jeremy Ryan, often seen at the Capitol on a segway, says he has learned a lot about politics in the past year. He had no idea the demonstrations would last this long. “When the occupation had started I thought that was only gonna last a few days before the police would come in and swoop us all out.” 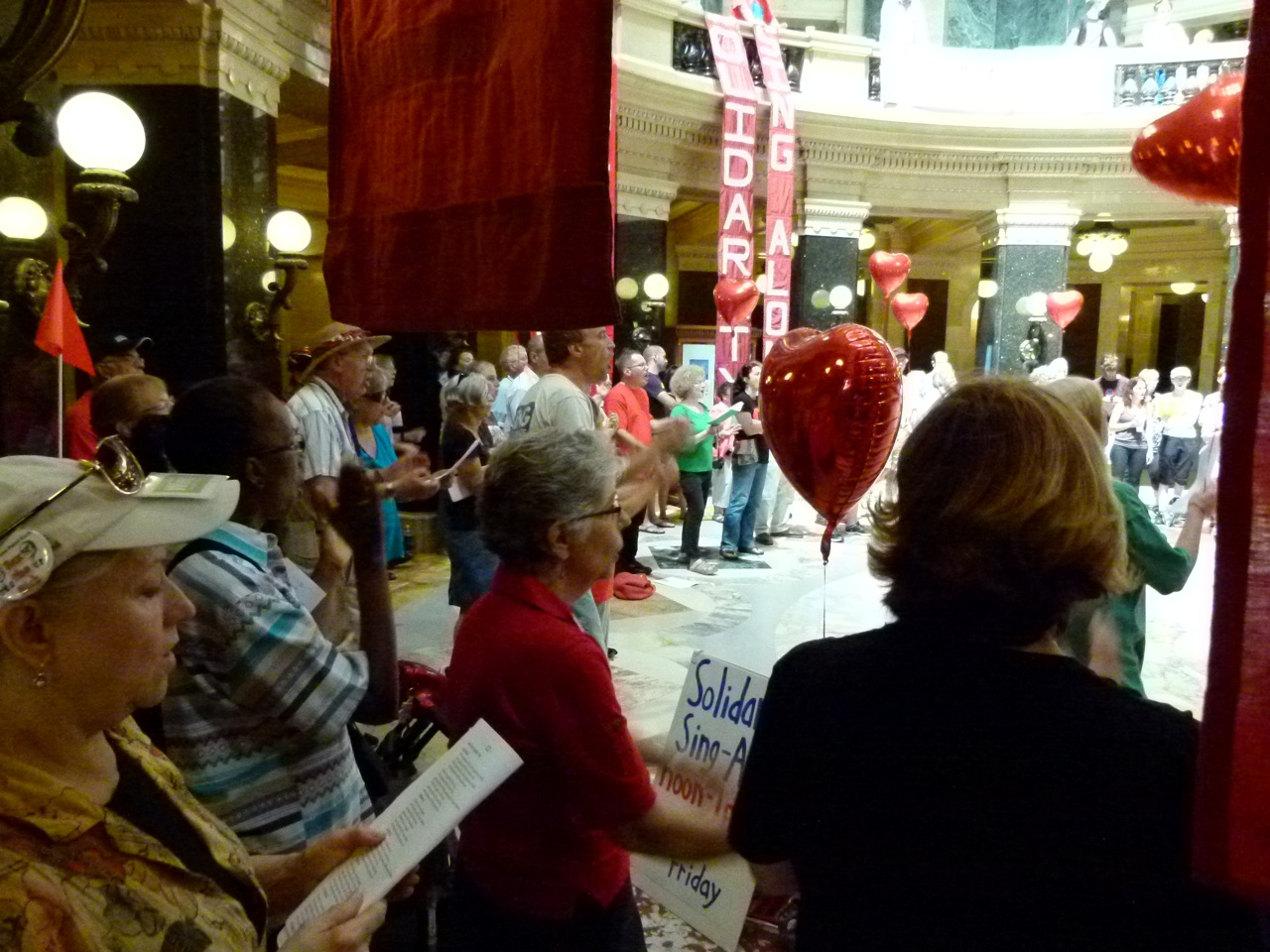 Walker eventually signed the collective bargaining bill into law in mid-March, which he argued would fix the budget hole and get the state back on strong financial footing.

Organizers have scheduled several events marking the anniversary of the historic demonstrations.