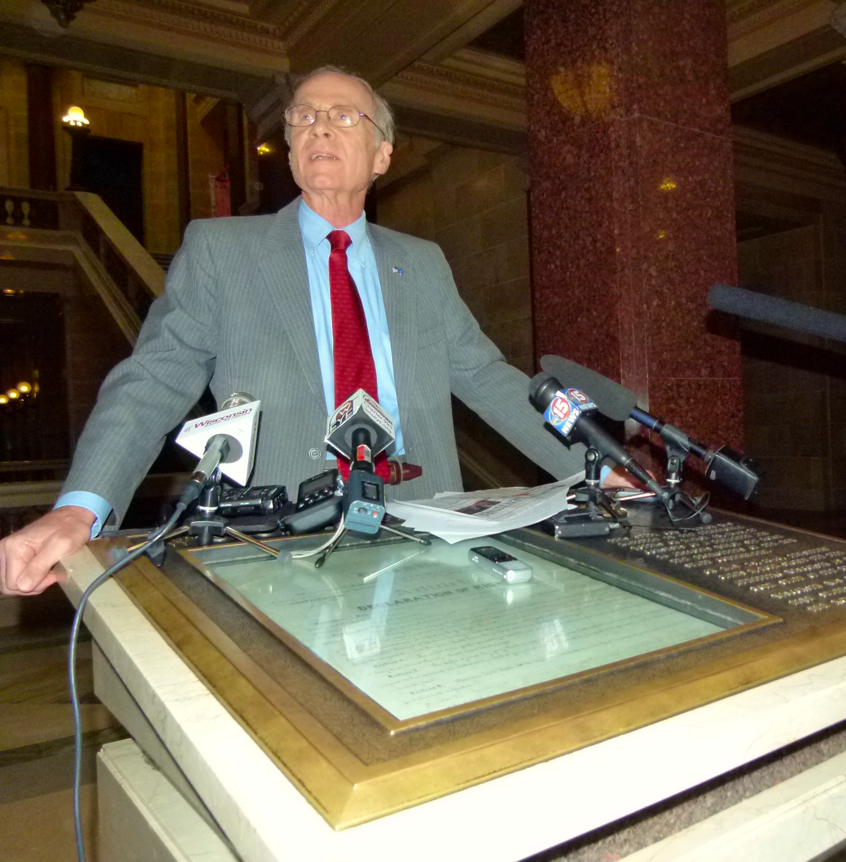 Secretary of State Doug La Follette officially throws his hat in the race for governor — the third Democrat to compete for Governor Scott Walker’s job in a recall election. While making his announcement standing over the Wisconsin Constitution at the state Capitol, La Follette criticized fellow Democratic gubernatorial candidate Kathleen Falk and her financial supporters. “I am saddened to see this primary election has turned into a big money, out-of-state money and influence with super-PACs telling us how we’re supposed to vote. This was not the result that thousands of my fellow Wisconsinites stood in the cold and stood in the rain to collect over a million signatures.”

La Follette — who filed paperwork with the Government Accountability Board over a month ago — bemoaned big money’s influence in the historic recall election, saying the race was hijacked by the “same-old, same-old big money politics.” He says, “That is exactly what we were fighting by Mr. Walker. We expected that. I knew there’d be one Goliath; I didn’t know we’d have to face two Goliaths of big money, out-of-state money, and super-PACs telling us how we should vote.”

As La Follette campaigns for the governorship, he hopes to fight the big money by making use of social media. The only Democrat holding statewide elected office says in the past 13 months, Governor Scott Walker has divided the people of Wisconsin “in a way that no one could have imagined.”

A primary election is expected on May 8; a general election would likely take place on June 5.