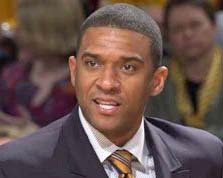 at Penn State and Bradley last season, eventually pulling his name from consideration for the Bradley job.  Jeter’s name has surfaced for a head coaching job again.

The Lincoln Journal Star reports that Jeter, whose Panthers were knocked out of the College Basketball Invitational by TCU 83-73 last night, has been contacted by Nebraska about its coaching vacancy.  The Cornerhuskers position opened after the firing of Doc Sadler.

Jeter has compiled a 121-103 record in seven seasons at UW-Milwaukee.  He played for Wisconsin coach Bo Ryan at Division III Platteville, then spent 10 years as an assistant under Ryan, including four at Wisconsin as associated head coach.

Jeter replaced Bruce Pearl at UWM and led the Panthers to a 22-9 record in his first season.  The Panthers went on to beat Oklahoma in the first round of the NCAA Tournament in 2006.

Jeter has run a clean program at Milwaukee and has the respect of players.  His current team just completed a 20-14 season.  The Panthers finished tied for 3rd in the conference race with Detroit at 11-7.

Jeter’s late father, Bob, is a member of the Green Bay Packers Hall of Fame.