For two seasons, Green Bay Packers defensive end Mike Neal has had a 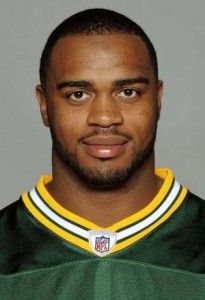 hard time staying on the field and when he was healthy enough to play, the results were minimal at best.

Neal was recently handed a 4-game suspension by the NFL  for violating the league’s policy on performance-enhancing substances.

The 2010 second round draft pick out of Purdue can participate in the off-season program and training camp.  If Neal makes the regular season 53-man roster, he’ll have to serve a 4-game suspension without pay.

In his two seasons in Green Bay, Neal has played in 10 out 37 games.  Last season, he played in the final eight games and made no impact.

While at Purdue, Neal missed time with a major knee injury, turf toe and shoulder injuries.  Since his arrival on Green Bay, Neal has been slowed by rib cartilage damage and a torn rotator cuff.  He followed that up last season with knee cartilage damage and eventual arthroscopic surgery.

Will the Packers hang on to Neal or release him?  According to the Milwaukee Journal Sentinel, the Packers won’t lose anything financially if they work with Neal in the off-season.  But, if Neal remains on the roster for the first day of training camp, they would have to pay him a reporting bonus of $491,500.

Regardless of what way the Packers go, it’s clear they can’t count on Neal for anything.  They’ll need to acquire help on the defensive line (end) in the draft to help improve a pass rush that was nearly non-existent last season.