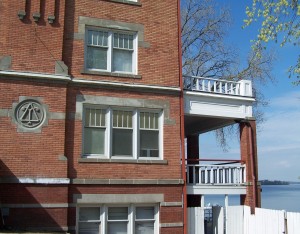 UW-Madison officials are investigating a reported racial incident involving two African-American female students and members of a campus fraternity. The alleged March 16th incident is being investigated by the university’s Division of Student Life. According to a statement from the UW, the women reported walking on the property of the Delta Upsilon Fraternity at the shore of Lake Mendota and were subjected to unprovoked racial slurs and taunts from students who were holding a party on the frat house porch. The women also said a glass bottle was thrown at them. Dean of Students Laurie Berquam calls the report deeply troubling and suggestive of conduct that falls far below what’s expected of students and fraternities. She’s suspended the frat on an emergency basis while the investigation is underway.