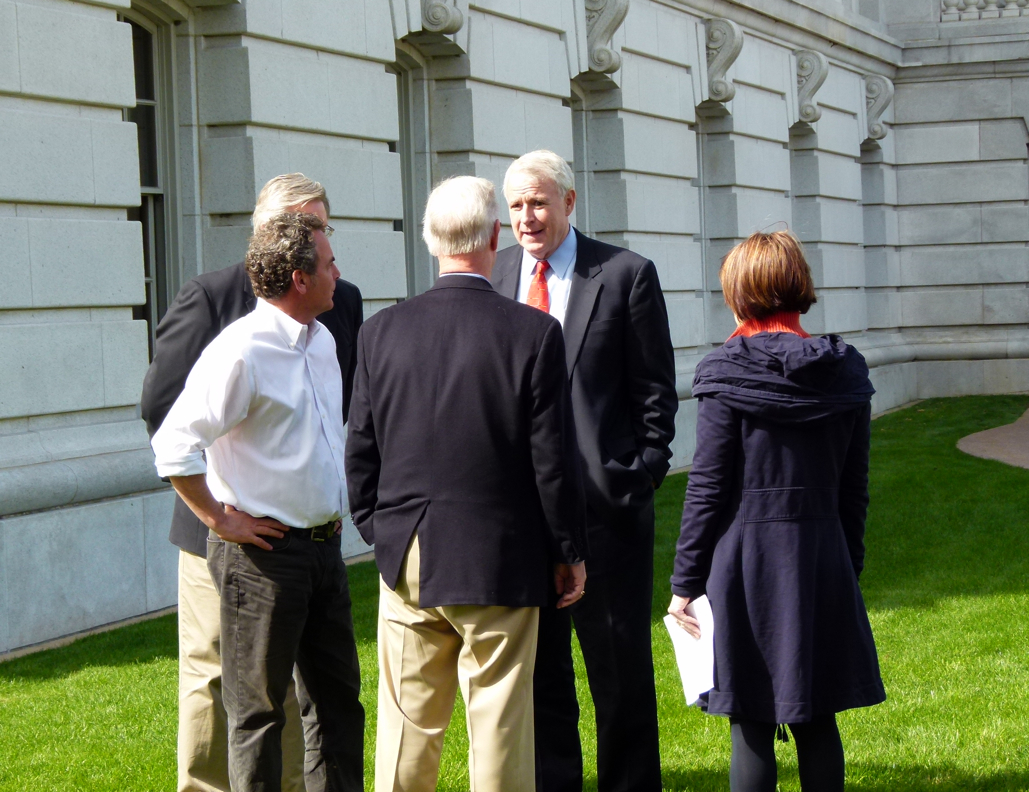 The Milwaukee mayor accuses the governor of triggering a civil war in Wisconsin.

Tom Barrett, the newly announced candidate in the recall election against Scott Walker, stresses the importance of this election, saying he’s the candidate to end the fighting. “It was 15 months ago that Scott Walker announced — using his own words — that he was dropping the bomb on the state of Wisconsin. And sadly, for the last 15 months, this state has been in a political civil war. I am here to tell you that I will end that civil war.”

Barrett spoke to Madison reporters for the first time Wednesday since announcing his candidacy last Friday.

Considering AFSCME’s recent criticism toward the mayor for his supposed support of Walker’s collective bargaining changes, could Barrett get support from Wisconsin’s largest public employee union if he makes it past the primary? Barrett is confident he will get their support. “I think the leadership will understand that it’s in their best long term interest to have a governor who wants to work with them.”

Barrett adamantly says he supports the restoration of collective bargaining in Wisconsin.

Barrett lost to Walker in November 2010, but he’s confident former Walker supporters will have a change of heart this time around. Barrett won reelection as Milwaukee’s mayor on Tuesday.

State Senators Tim Cullen (D-Janesville) and Jon Erpenbach (D-Middleton); and Representatives Terese Burceau (D-Madison) and Tony Staskunas (D-West Allis) were on hand announcing their support of the mayor in his bid for governor. Earlier in the day Congressman Ron Kind announced his endorsement of Barrett. Erpenbach, Cullen, and Kind had all been considered potential candidates themselves.