You are here: Home / News / Capitol Police chief stepping down 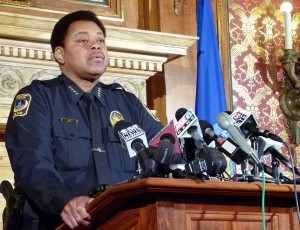 Wisconsin Capitol Police Chief Charles Tubbs has announced plans to resign in June, after accepting a job as the director of Dane County Emergency Management.

Tubbs served a crucial role during the massive protests at the Capitol last spring, as he helped coordinate the hundreds of police handling security in the building and often took a lead in negotiating with protesters.

Dane County Executive Joe Parisi says he watched Tubbs handle the potentially volatile situation first hand, and can think of no one better prepared to coordinate efforts to keep residents of the county safe.

State Department of Administration Secretary Mike Huebsch thanked Tubbs for his service, noting the chief maintained an even hand during the protests, despite the very vocal criticism he often faced from both sides.

The state has not yet said who will take over for Tubbs after he leaves his position.