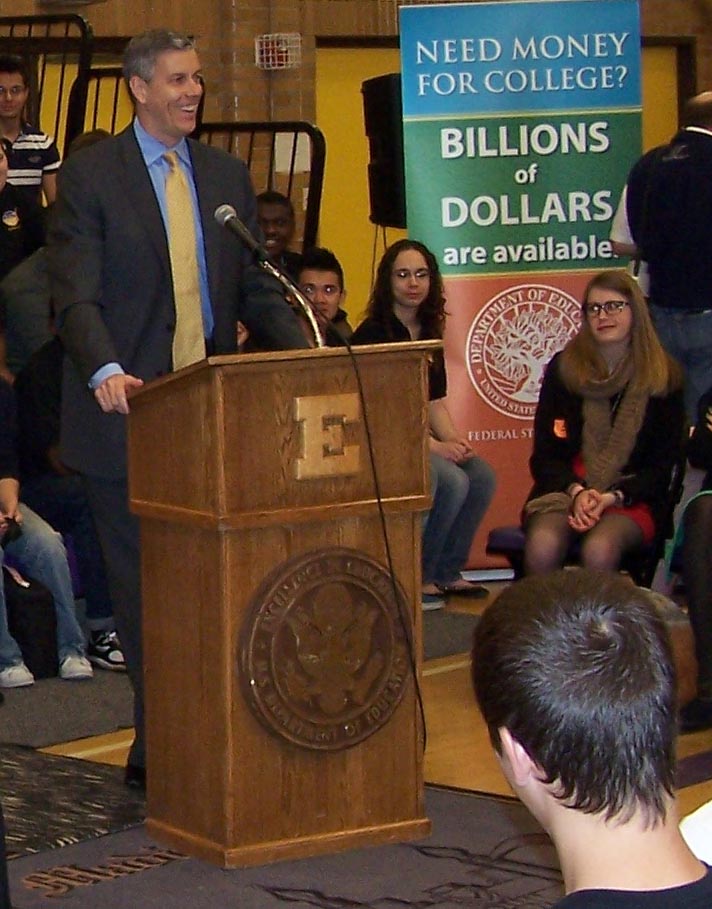 The nation’s chief education official made stops in Wisconsin encouraging more education past high school while discussing challenges in making that happen.

Regarding a path to citizenship for illegal immigrants, Duncan said, “Not everybody agrees with me but I think we have to pass the DREAM Act.”  The crowd responded with applause. He said as head of Chicago Public Schools, he’d seen talented, hardworking high school students who’d come to the U.S. as babies but are marginalized after graduation.

Duncan emphasized today’s students will face a global market that’s increasingly diverse. He told the ethnically diverse crowd at Madison East High School, they are fortunate to interact with people from different backgrounds. While speaking to reporters, he later said, “People may not realize schools today are more segregated than in the 60s, during the civil rights movement.”

The global theme also came up in discussing how other countries view teachers. He said China, India, South Korea, and Singapore view the teaching profession in the same regard as doctors or engineers while the U.S. has been “demonizing” educators. He also said the Wisconsin law which virtually ended collective bargaining for teachers would discourage talented young people from entering the profession.

During a stop at UW-Platteville, Duncan and U.S. Agriculture Secretary Tom Vilsack stressed the need for more agricultural education and said it fits into President Obama’s new program to make teaching a more noble profession.