You are here: Home / Environment / Conservation / Getting to the core of mining proposal 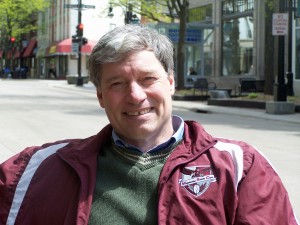 A state lawmaker believes a core sample may tell a lot more about iron ore in northern Wisconsin. A bill rewriting state mining laws to allow a mine in the Penokee range of northern Wisconsin failed to advance in the legislature. But the iron ore is still there, and a core sample held by the Wisconsin Geologic and Natural Heritage Survey could tell more about the site. “They keep core samples from rocks from all over the state,” said state Representative Brett Hulsey. “They have one core sample from the Penokee Hills about eight miles from the proposed mine site.”

Hulsey said the core sample indicates the presence of sulfide minerals, and that raises serious questions as to whether the ore in the Penokees could ever be safely mined without serious damage to ground and surface waters. “That would tend to trigger our worries about acid pollution in Copper Falls State Park, the Bad River, Lake Superior, and really also triggers our state mining moratorium bill.”