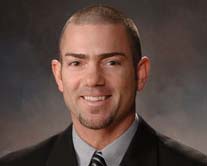 the NFL Strength Coach of the Year by the Professional Football Strength and Conditioning Coaches Society.

The 42-year-old Lovat becomes the third Packers’ strength coach to win the award.  Kent Johnston won it in 1997 and Rock Gullickson captured the honor in 2007.

Lovat joined the Packers full-time as an assistant in 1999.  He became the head strength coach in 2010.