The Green Bay Packers used a pair of trades on day 2 of the draft to move up and select two more defensive players. 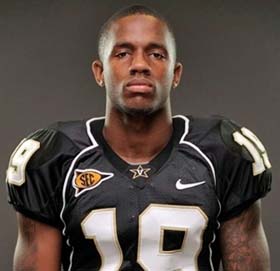 Hayward has been the leader of the Commodores’ defensive unit since joining the starting lineup prior to his sophomore campaign.  He’s described as one of the most fearless hitters in the collegiate game, recording 31 touchdown-saving tackles after opponents broke free from other Commodores defenders.

While the Packers need safety help, defensive coordinator Dom Capers said you can never have enough good corners and that’s where Hayward will play in Green Bay.

The Packers, after dealing two picks away to move up in day 2, have a total of 7 draft picks left on the final day of the draft on Saturday.  They’ll have the two 4th round compensatory picks, their 6th round pick and all 4 picks in round 7.  Two of the four in the 7th round are also compensatory selections.