Erik Walden has some damage, but the price was right for the Green Bay 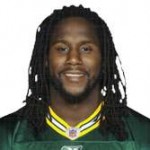 Packers.  They re-signed the Outside Linebacker on Monday.

Walden originally signed with the Packers in October of 2010 and started 15 games last season.  He was 5th on the team with 86 tackles and three sacks.

Walden reached a deferred judgment agreement in February to resolve the disorderly conduct-domestic abuse charge without pleading guilty that stemmed from an incident on Thanksgiving night with his live-in girlfriend.  Walden agreed to perform 50 hours of community service and receive counseling.

Will Walden’s signing mean the Packers are set at OLB?  Not likely.  The Packers will still likely draft an outside linebacker and it could come in the first round on Thursday.