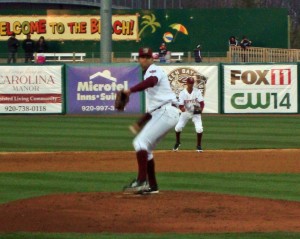 Austin Wood struck out 10 over five innings and Kaleb Cowart went 4 for 5 with 2 rbi’s in the Kernels victory.

The loss was the first in a season opener for the Timber Rattlers since they opened the 2008 season with a 4-3 loss at Quad Cities on April 4 of that year.