Jarrod Uthoff is set to have his appeal of transfer restrictions heard today, a 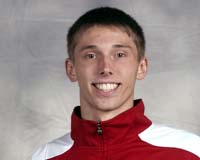 process that could eventually include Wisconsin Athletic Director Barry Alvarez.

The freshman forward last week asked for and was granted a release from his scholarship with the Badger men’s basketball program.

Uthoff is scheduled to first meet this morning with Associate A.D. Justin Doherty to dispute restrictions placed on him by UW coach Bo Ryan.

Uthoff has reportedly been restricted from having contact with any Big Ten school, as well as Marquette, Iowa State, Florida and all ACC schools.

AUDIO: Jay Bilas is shocked by the silence from the NCAA :12