You are here: Home / Sports / Blackwolf run is ready for Women’s U.S. Open 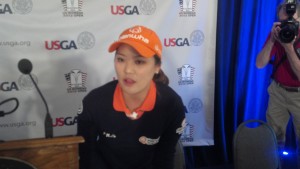 Watching Pak on that day was a young So Yeon Ryu, who became the latest Korean women’s golf phenom after winning the 2011 U.S. Women’s Open in Colorado last summer.  Ryu watched Pak sink a 15-foot birdie putt as a youngster back in 1998.

AUDIO: So Yeon Ryu says Pak was an inspiration :12

The Blackwolf course will layout around 7,000 yards, roughly 500 yards longer than the course that Pak won on in 1998.

Pak is recovering from a shoulder injury but said she expects to be ready to play in this summer’s tournament.