You are here: Home / Sports / Concussions, Lawsuits & Resulting Suicides! Where to we begin? 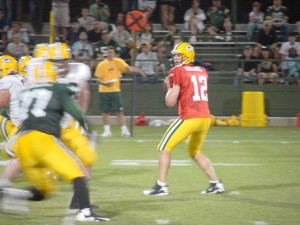 Have you been paying close attention to concussions in sports?  How about former NFL players suing the National Football League, claiming the league didn’t do enough to warn the players about the dangers of concussions.

I’m certainly no expert on this subject, nor did I consult any with respect to what I’m about to say.  I just have so many thoughts because I’ve been hearing outstanding dialogue from many of you.

Let’s start with the NFL

Reading about former NFL playing greats dealing with the effects of concussions is concerning.  I feel for the families of former greats Junior Seau and Dave Duerson, both taking their lives because of the difficulties they had dealing with the aftermath of several concussions.  It’s truly tragic.

Now we see former players by the hundred’s, suing the NFL for not warning them about the dangers of concussions.  Does the NFL have some fault here?  My guess is yes, although I also believe that a lot of what we know now just wasn’t available to us 15-20 years ago and beyond.

I also wonder just how many of these players, had they been told about the dangers of suffering repeated concussions, would have taken the advice and left the game?  Or would they hang around and chase the dollar?

My guess is that perhaps a few would have thought about life after football, but most would have played on because they love the game too much to quit and the allure of the almighty dollar is too great.

How many players today are suffering concussions and backing away from the game?  Precisely my point!

Players are now being aggressively warned about the dangers of concussions.  The NFL has taken a much stronger stance towards player safety.  They’ve developed a strong concussion protocol to protect players.

The warnings are out there, but will players step away with all of the money that’s at stake?

How should parents react?

I’m hearing people criticize parents that say they won’t let their children play football or even hockey for that matter because of the physical nature of the sports and the concussion risks involved.  They’re concerned for the well-being of their children.

If you’re one of those people getting after over protective parents, shame on you!

My son has played hockey for several years and will start playing tackle football this year.  He’s in 6th grade.  But will I criticize another parent for holding their child out?  No way!

I believe there are life lessons to be learned in playing any sport.  Is football or hockey a better sport to learn these lessons?  I don’t know how anyone could say or distinguish that.  It’s the job of a parent to act in the best interest of their children.  We’re hearing about NFL players committing suicide, reportedly because of the troubling after effects of concussions.  How can any parent be criticized for protecting their child from such potential dangers?

My suggestion to a parent that’s allowing children to take part in sports like football and hockey is to proceed.  It’s your right.  But don’t criticize others for believing the risk vs. reward isn’t worth it.  Only a small percentage of young athletes will ever realize a college sports career, especially at the Division 1 level.  The numbers go down even further in the professional ranks.  Sometimes I think there’s too many parents that push their kids, thinking their playing for a shot at the big time.

Parents should have a plan!

You as a parent are in charge, to handle the situation in the way you feel is best.  In a perfect world, your son or daughter won’t have to deal with this.  But we know that’s not realistic.  At some point or time, it’s going to happen.  It could be your child and it could be mine.

What are we going to do if it does occur?

My wife and I have already had the discussion.  We’re going to allow our son to continue to play on.  He’s had no concussion’s to date, but if he does, the proper protocol will be followed.  We won’t be pushing for our child to return to the playing field ASAP.  In fact, we’ve discussed extending the doctor’s recommendation for rest and recovery.

Any future concussion will likely result in the end of contact sports for our child.  Some might say that’s one concussion too many and some would simply laugh at us.  Sticks and stones may break our bones, but names and opinions will never hurt us.  It’s our son’s future and we’ll deal with it, with a lot of discussion and respect for our doctor’s recommendation.

What does this mean for the NFL?

Commissioner Roger Goodell has already taken a strong approach towards improving concussion protocol and education to the league’s athletes.

These concerns and protocol’s are being shared by college and high school programs around the country.  It’s hard to find an athletic event that doesn’t have a licensed Sports Medicine trainer on hand.   These are all good signs for athletes and their families as we move forward.

Will we see a great reduction in the number of parents that take their children away from the great game of football or any other sport?  My guess is no.  Football is still a great sport and in many cases, is a way out for young children that have nothing else.  The world of sports has rescued many young athletes, instilling in them many great values and life lessons.

My advice is to pay close attention to the games that they play.  We all hope our children can steer clear of trouble when their health is concerned.  Think about your child’s future.  What we’ve already witnessed in the NFL in the past week is that life really is too short.