You are here: Home / News / GOP says all eyes on Wisconsin 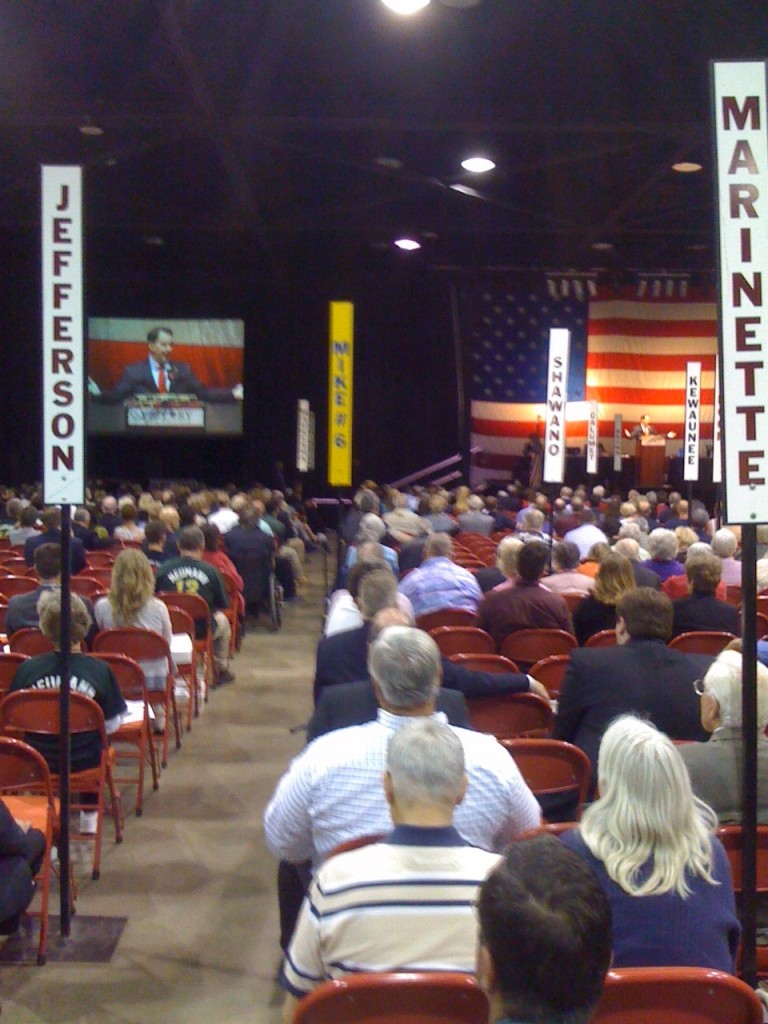 At the state GOP convention, Congressman Paul Ryan says what happens in the election recall will send a message to the rest of the nation. “Courage is on the ballot on the June 5th and the American idea is on the ballot on November 6th,” says the Janesville native.

Ryan defines the American idea as the government promoting equal opportunity. He says President Obama’s belief is that government’s role is to promote equal outcomes of our lives. He and other federal lawmakers applaud the “courage” of Governor Scott Walker and state lawmakers for enacting budget reforms. “We are the incubator of change,” says Jim Sensenbrenner.

Assembly Speaker Jeff Fitzgerald says when Walker and the Republicans took control of the legislature, they’re goal was to get Wisconsinites working again and fix a long time budget deficit. Fitzgerald mentions collective bargaining changes, tort reform and streamlining of wetland permitting, as accomplishments that save taxpayers money and create a better business climate.

The governor says the reforms paid off. He cites states business rankings in which Wisconsin hovered around 41st place when he took office in 2010. It was followed by a jump to 24th place in 2011 and breaking the top 20 for the first time last week. Walker says Wisconsin’s economy would be even stronger but the recall process is creating uncertainty among business owners.

The governor also touts his education reform which he says empowers schools to hire-and-fire based on merit, and give more money to stronger performing teachers.