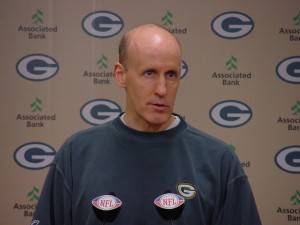 Just when you thought you knew somebody.

Joe Philbin, during his stay with the Green Bay Packers, has been a no-nonsense coach.  He took over the head coaching job with the Miami Dolphins and yesterday, Philbin said “yes” to HBO’s “Hard Knocks”.

HBO announced on Tuesday that the Dolphins had agreed to become just sixth team to be featured on “Hard Knocks,” a sports reality series that started in 2001 with the Baltimore Ravens.

Training Camp for the Dolphins opens July 26th.  The first episode involving the Dolphins is set to air at 9pm on Tuesday, August 7th.