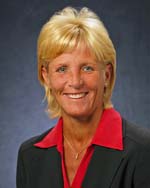 has been hired to coach the Saint Louis women’s basketball team.

Stone is expected to be introduced at a news conference later today.

Stone spent eight seasons at Wisconsin before being fired in March of last year.  She went 128-119 with the Badgers.