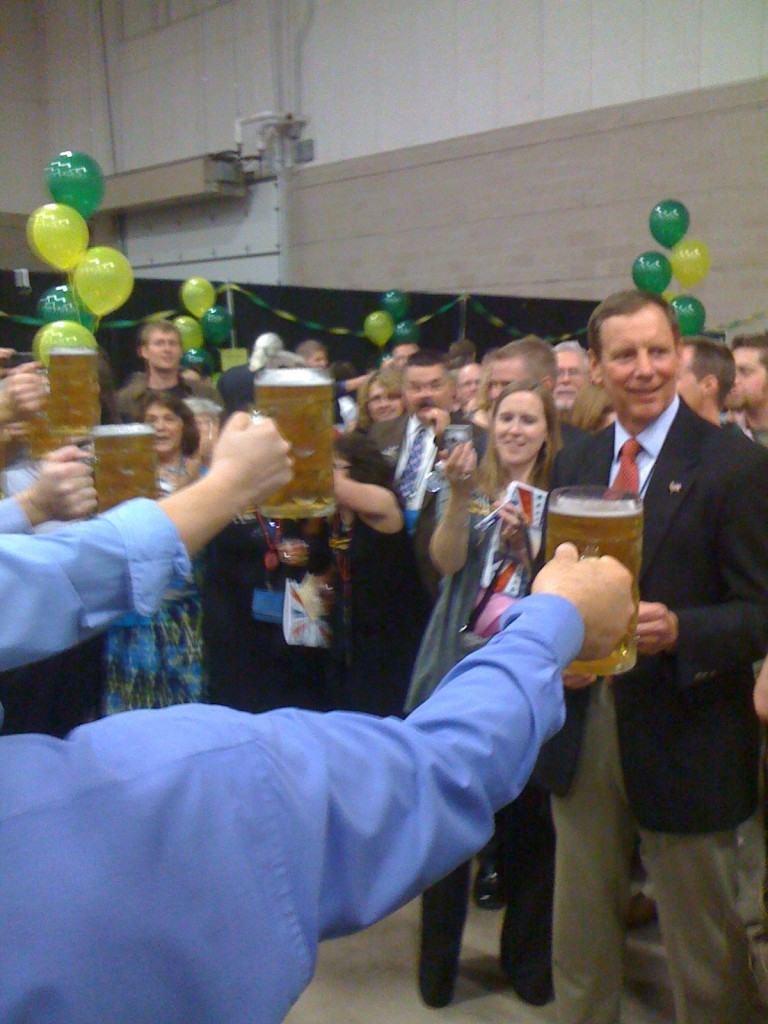 Wisconsin’s Republican U.S. Senate candidates are courting their delegates, on the eve of the party’s endorsement. At the state GOP convention Friday night, the candidates hosted receptions for the party faithful. The unifying theme was ensuring Governor Walker will survive his upcoming recall, but the Senate hopefuls also look to sway delegate votes their way.

“I think they’re looking for backing the most conservative candidate in the race,” Mark Neumann tells Wisconsin Radio Network, citing his time in the U.S. House, an era of balanced federal budgets.

Assembly Speaker Jeff Fitzgerald touted his “battle tested” record of state budget reform, saying the federal government has similar issues of high spending. “It’s kind of easy to talk a good game on the political trail but you have to be able to deliver on it to. I’ve been able to do that,” said Fitzgerald.

As a political newcomer, Eric Hovde has “realistic expectations” on getting the party nod. He cites he doesn’t have the campaign experience of “career politicians” like Neumann and four-time governor Tommy Thompson. As a successful businessman, Hovde said he has the most conviction of the candidates to repair the economy and eliminate “crony capitalism.”

Tommy Thompson’s handlers would not let him be interviewed.