You are here: Home / Brewers / Brewers go with pitching on day 2 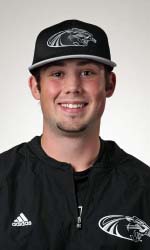 The Brewers selected outfielder Tyrone Taylor from Torrance (CA) High School with their second round selection (92nd overall).  Taylor hit .479 with 2 home runs, 25 rbi’s and 16 stolen bases this past season.

The Brewers used their first four picks in the draft on position players, the first time that’s happened since the 2007 draft.

In the 12th round, Milwaukee chose RHP Eric Semmelhack from UW-Milwaukee.  Semmelhack is from Oak Creek and is currently pitching for the Lakeshore Chinooks of the Northwoods League.

Overall, the Brewers have made 17 selections over the first two days of the draft, 10 from the college ranks and 7 from high school.

The Draft resumes at 11am this morning with rounds 16-40.