You are here: Home / Badgers / Dekker among finalists for US National Team 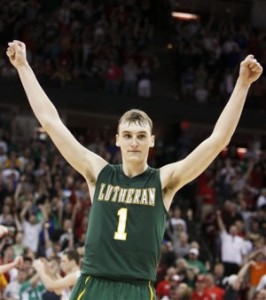 The training sessions started with 23 of the nation’s top 18-year-old and younger players and narrowed the list to 14.

Dekker played his high school basketball at Sheboygan Lutheran.  He helped his team win a state championship last season at the Kohl Center in Madison.