You are here: Home / Sports / ESPN reaches deal with the Rose Bowl 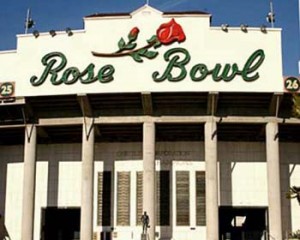 Roses, the Big Ten Conference and the Pac-12 Conference to continue the company’s long-standing relationship with the Rose Bowl Game, one of college football’s most popular events.  The agreement begins in January 2015 and includes rights to the annual Rose Bowl Game across ESPNs platforms through 2026.  Each year, the game will be played January 1 (or on January 2 in years when January 1 is a Sunday) and will feature the champions from the Big Ten and Pac-12.

ESPN (or ABC) has televised the Rose Bowl Game since 1989.  Whatever is determined to be the exact post-season bowl rotation as part of the future format, ESPN will have the rights to the Rose Bowl Game each year.  The previous eight-year Rose Bowl deal has two more seasons remaining.